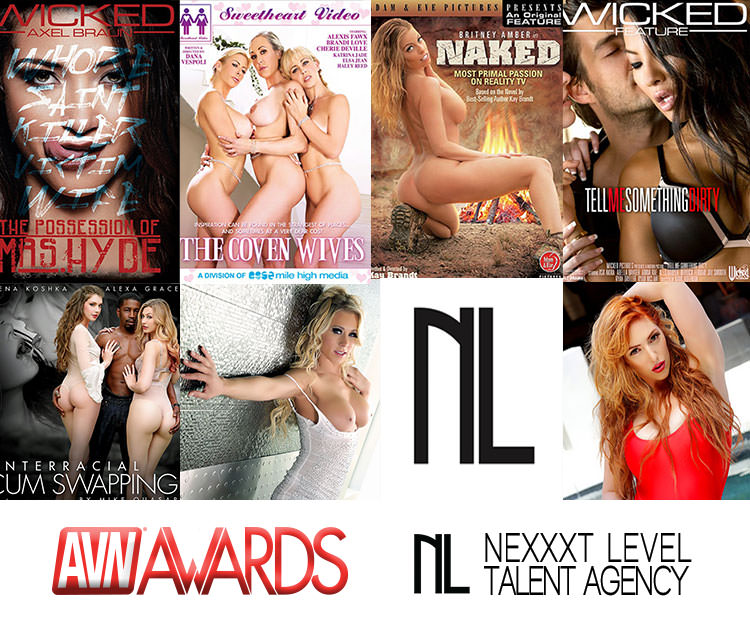 Hollywood, CA – Nexxxt Level Talent superstars have something extra to be thankful for this week, as the nominations for the 2019 AVN Awards were released and their superstars took home top honors in virtually every category! The nominees were revealed at a star-studded gala in Hollywood Thursday night, with Nexxxt Level talent earning recognition in nearly every category.

She also got a sex scene nod out of it, Best Boy/Girl Sex Scene, for her dynamite performance with Ramon Nomar. Then she got Best Double Penetration Sex Scene for DP Me 7 (Hard X/O.L. Entertainment) with Mick Blue and John Strong.

“Axel Braun is a brilliant director,” Avi adds. “I am forever thankful to be a part of this epic feature!”

“We’re honored to have our superstars recognized,” offers Nexxxt Level’s Jonathan Morgan. “Thanks to AVN for a great party and congratulations to all the other nominees. See you all in Vegas!”

Nexxxt Level nominations are as follows: