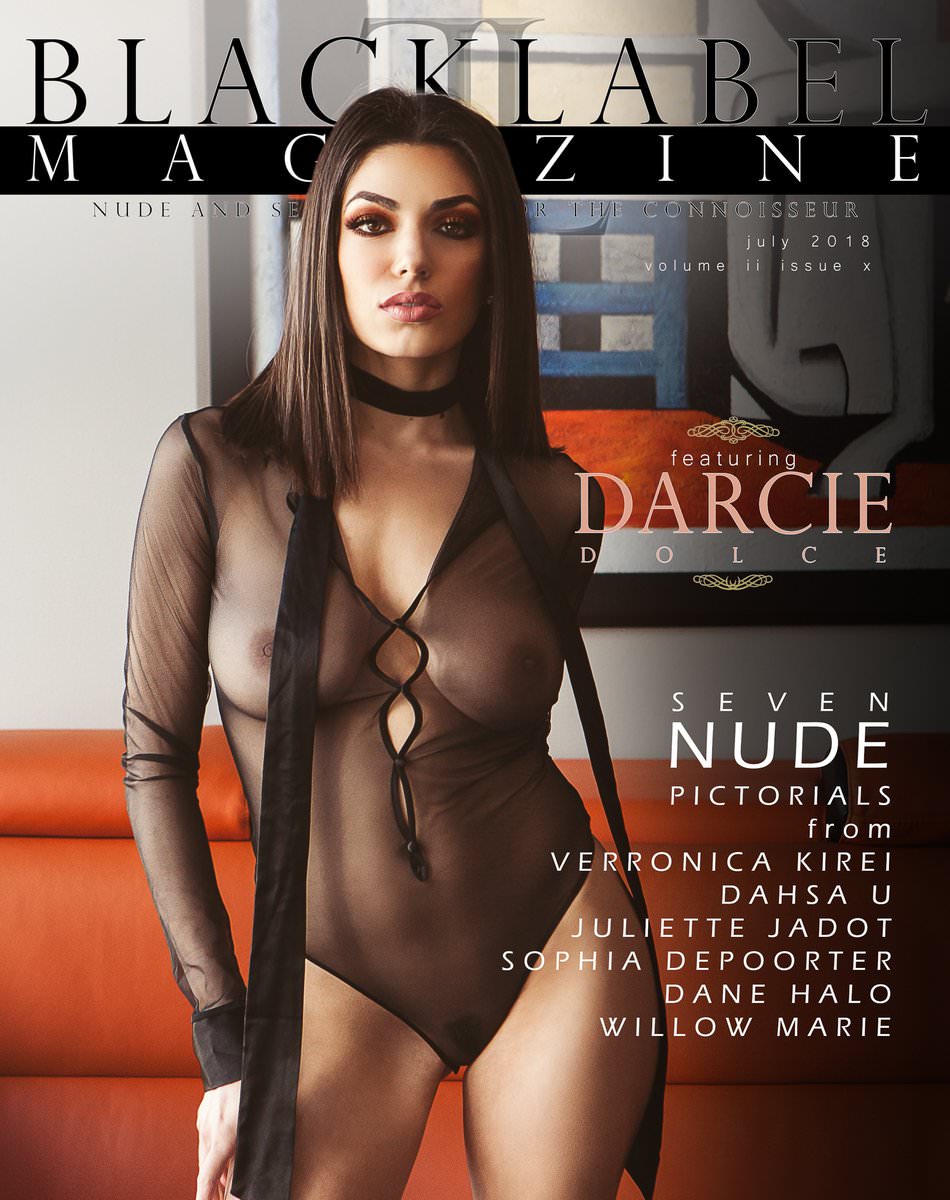 The brainchild of photographer and videographer Lincoln Mark Lease, the issue features Darcie in a massive 24-page spread as well as a supplemental nude art video that is included with purchase of the digital issue. Lincoln shot her in an upscale penthouse apartment in Los Angeles. The pictorial is accompanied by an interview.

“Darcie is a true powerhouse in the adult industry, starring in award winning films and herself earning some of the highest honors in the adult film industry,” Lincoln writes in the issue’s editor’s note. “Darcie Dolce is an amazing model, insanely beautiful, and uber-talented outside of the adult and model world. She’s also an electronica DJ, also winning awards and accolades in that arena which you’ll read about in her interview. In the video of ‘The Spinner’ that accompanies this issue, the music playing is hers. So you’ll be able to hear for yourself how gifted a musician she is. I’m honored to have had Darcie want to shoot with me and appear in Black Label Magazine and look forward to a future collaboration.”

Six other models are included in the 120-page issue:

The digital version is available now and the print edition – 9” x 12”, glossy-covered and thick-paged – is described by Lincoln as “more a photo book than a magazine” will be available in August.

For everything Black Label Magazine go to http://risingstarpr.com.

This entry was posted in Uncategorized and tagged Black Label Magazine. Bookmark the permalink.