2 More Nominations for Lauren Phillips: This Time for the 2018 NightMoves Awards 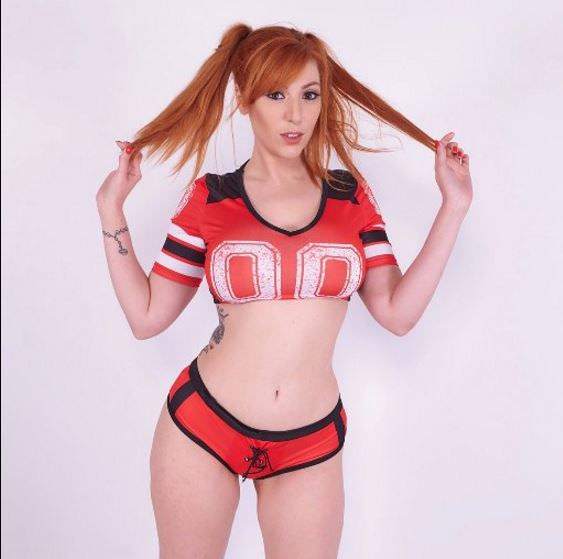 Receives Nods for Feature Dancer and Most Underrated Female Performer

VENICE, CA – Nominations for the 2018 NightMoves Awards have been announced and America’s Favorite Redhead™ Lauren Phillips came away with a pair of nominations.

She is up for Most Underrated Female Performer and for Best “Adult Star” Feature Dancer. While she is one of the industry’s top performers and a fan favorite, the fine staff at NightMoves believes it is still not enough: she deserves even more attention, thus the Most Underrated Female Performer nom. As one of the industry’s top stage performers, she also earned herself the nomination for Best “Adult Star” Feature Dancer.

“These are both really cool nominations and I can’t thank NightMoves enough,” Lauren said. “I can’t wait to go back after having so much fun in Tampa last year!”

At the 2017 NightMoves Awards she took home the Editor’s Choice award for Best Adult Performer Website for her official site http://LaurenPhillips.com. She spent the weekend experiencing the NightMoves events, which she called “some of the most fun I’ve had in my life.” The NightMoves Awards will be held Oct. 7 in Tampa, FL, at the Tampa Gold Club during the event-packed NightMoves weekend.

It was just two weeks ago that word came down that she had two Inked Awards nominations, one for Social Media Queen and another for Best Model Website for her http://LaurenPhillips.com. The awards will be held in November during Exxxotica NJ in Edison, NJ.

The 2018 Inked Awards will be held Nov. 3 at Pines Manor in Edison, NJ. Tickets for are available at https://www.eventbrite.com/e/2018-inked-awards-tickets-43797607824. Vote for Lauren (Best Model Website and Social Media Queen) at https://inkedawards.net/vote/.

Lauren is featured in the new issue of Cam Life magazine, which features an interview with her about the important issue of cyberbullying. She is no stranger to the problem and her insight is valuable to all on both sides of this important issue.

At Exxxotica Denver Lauren debuted her new 3V Starlet Stroker from her sponsor 1amdollusa. It features Lauren’s voice in addition to a realistic vaginal texture and multiple vibration settings. Get more information at https://iamdollusa.com.

Lauren is doing twice-weekly Twitch streams, on Thursdays and Sundays at 6 pm PST. These slots allow fans to interact with her in a non-porn environment. Join her on Twitch.tv at https://www.twitch.tv/laurenphillips_/.

This entry was posted in Uncategorized and tagged Lauren Phillips. Bookmark the permalink.