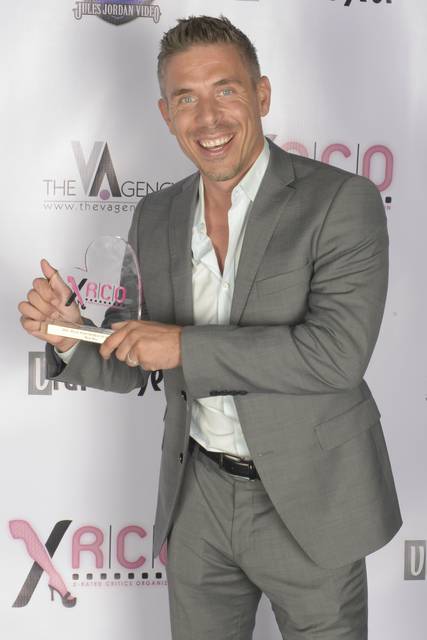 The perennial Male Performer of the Year winner as well as the star of and/or director of many award-winning movies, will hit another landmark when he is inducted into the Hall of Fame at the show in June.

“Entering the XRCO Hall of Fame is one of the highlights of my career and I’m very proud that this dignified organization has saw fit to put me into that elite group,” Mick said. “It’s rarified territory and I couldn’t be happier.”

The 2018 XRCO Awards will be held June 28 at OHM in Hollywood. Red carpet starts at 7 pm and the awards at 9 pm. For more information go to http://xrco.com.

Check out the full story at http://www.gq-magazine.co.uk/article/stormy-daniels.

Watch Mick’s message to potential racing sponsors at https://youtu.be/R2dF9fYqtPE. To contact Mick directly regarding sponsorship opportunities, email him at mickbluebookings@gmail.com.

This entry was posted in Uncategorized and tagged Mick Blue. Bookmark the permalink.