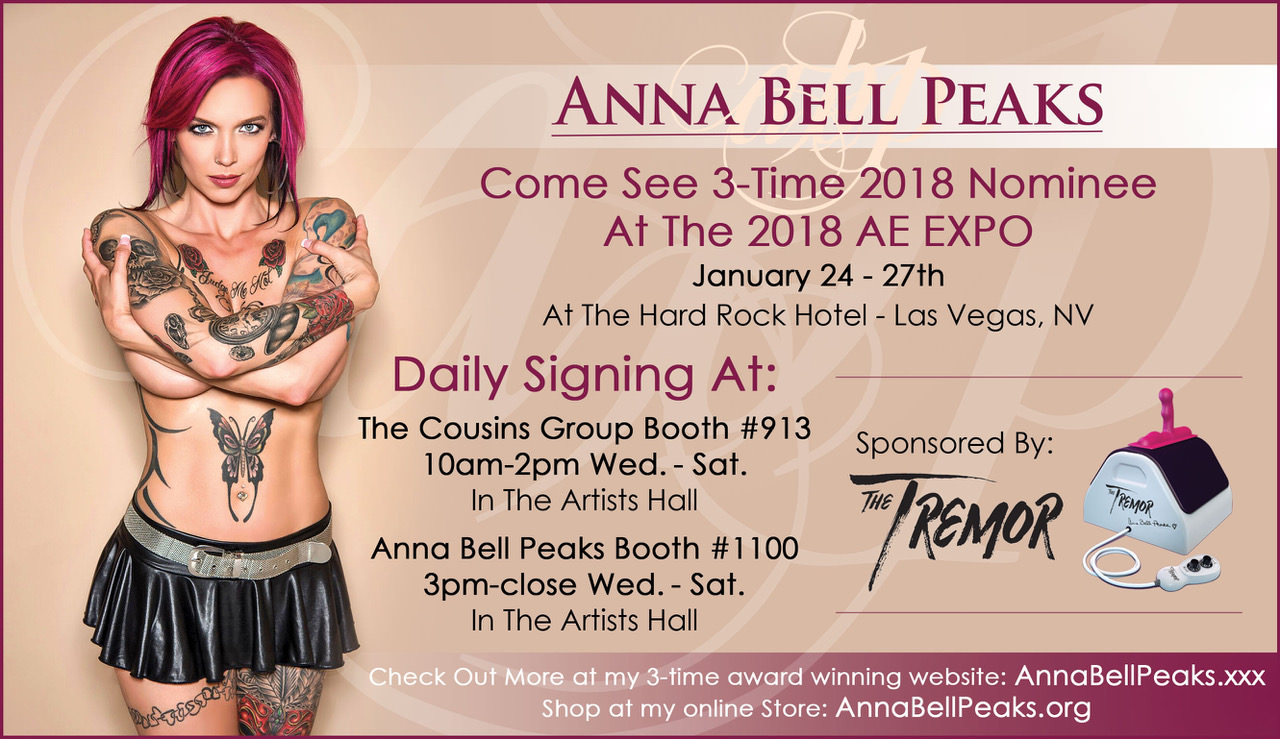 Catch Her at Cousins Group Booth & the ABP Booth Daily

VENICE, CA – Anna Bell Peaks will be signing at the Cousins Group booth and her own ABP booth each day at this week’s Adult Entertainment Expo.

“I’m very excited to get to Vegas and spend the days with all the amazing fans of adult entertainment,” Anna said. “These are some of the best moments of being in the industry and I know this year will be even better than last year!”

The AVN Awards Show is the culmination of the AVN Expo, a series of events produced by AVN Media Network at Hard Rock Hotel & Casino Las Vegas, beginning with Internext, followed by the AVN Novelty Expo and the AVN Adult Entertainment Expo, and capped off by the AVN Awards. For more information go to https://avn.com/awards.

Check out the new ADT interview that Captain Jack did with Anna at https://interviews.adultdvdtalk.com/anna-bell-peaks-love-the-d/.