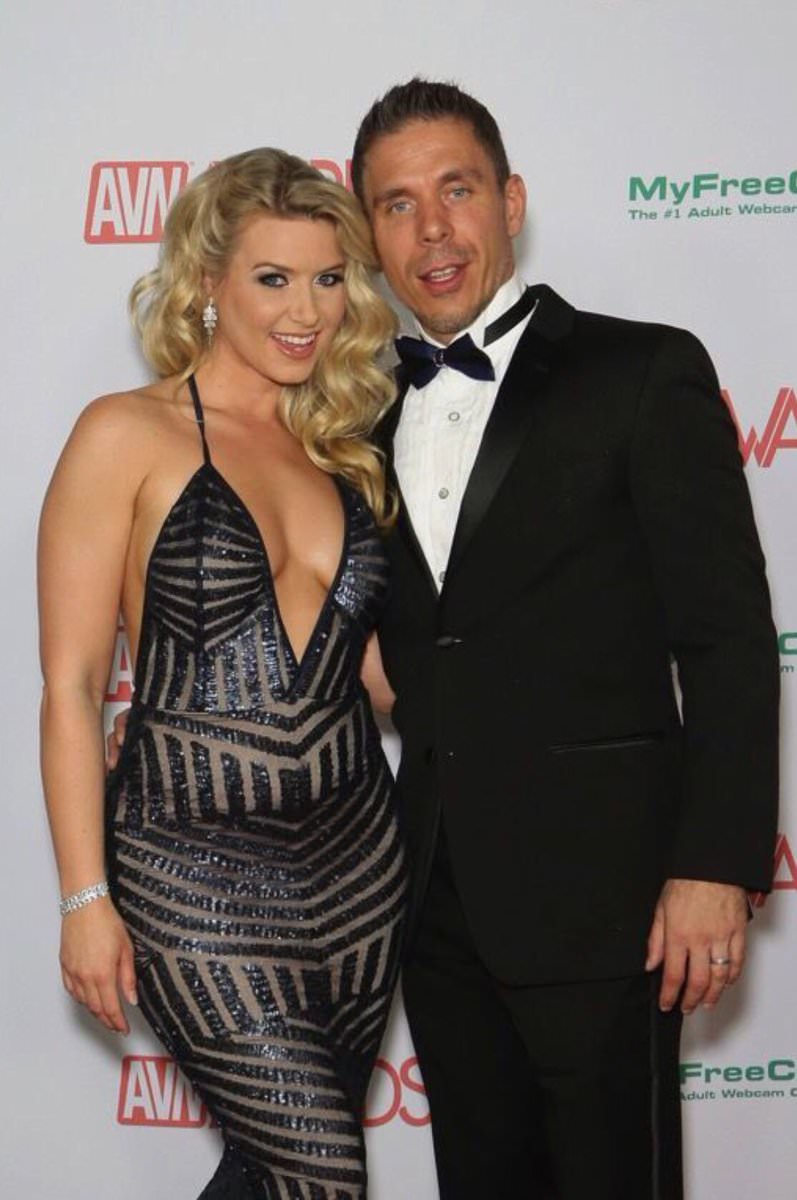 VENICE, CA – There was a lot of excitement when it was announced that Anikka Albrite and Mick Blue would reprise their sexy roles as the Baumgartners for a second feature for Adam & Eve and it was a commercial and critical smash.

And on Saturday night, Adventures With the Baumgartners (Adam & Eve Pictures) was awarded Best Polyamory Movie, another trophy for the case and validation of one of the most intense features the couple has ever made together.

“The Baumgartners movies have been really important to us and we are always thrilled with their success,” Anikka said. “They are very intense movies and long days because we have so many lines and so much sex, so it’s very satisfactory when they come out so well.”

The two Baumgartners movies were both written by Selena Kitt and directed by Kay Brandt and both were released by Adam & Eve. She and Mr. Blue both signed at the Adam & Eve booth during AEE last week.

Watch the SFW trailer for Adventures With the Baumgartners at https://www.youtube.com/watch?v=COoY5_9H-y8.