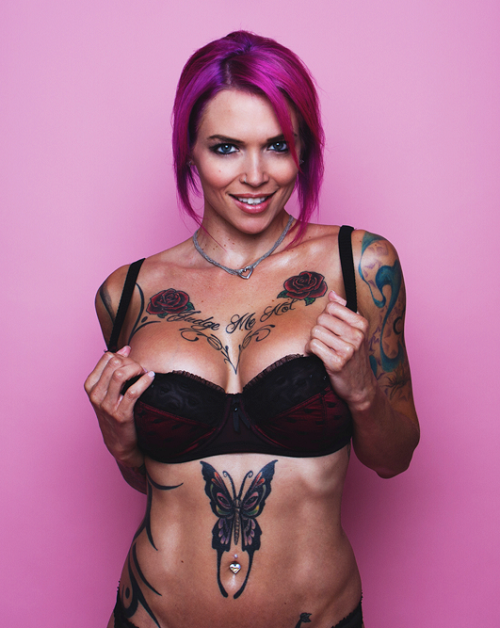 VENICE, CA – Anna Bell Peaks entered 2017 a star and exits a superstar. Few performers have ever had a breakout year like Anna had this year. She entertains hundreds of thousands weekly with her Facebook Live shows for Inked magazine, she established herself as one of the country’s hottest feature dancers, logged more hours camming than any other adult star over the year, won several awards and has several more pending.

The press noticed. She got the 5-page spread of Inked Magazine. So much has happened in the past couple years that Captain Jack at Adult DVD Talk demanded a second interview to catch up on the superstar’s ascent. XCRITIC just did a new interview. DVD Erotik also posted a sexy video interview with ABP and she was frequently the subject of Fleshbot features.

A master of social media, she surpassed 700,000 followers on Instagram and a quarter million on Twitter. She’s wildly popular on OnlyFans and her YouTube channel is on the verge of 2.7 million views. Her combined social media followership is more than 1.5 million today.

She also made the Inked Angels Top 10 of 2017, was nominated for Tattoo Girl Des Jahres at the DVD Erotik awards and she became the spokesperson for the Tremor toy company.

Read the new Anna interview with Captain Jack at Adult DVD Talk at https://interviews.adultdvdtalk.com/anna-bell-peaks-love-the-d/. Read the recent XCRITIC interview with Anna at http://www.xcritic.com/columns/column.php?columnID=5367.

This entry was posted in Uncategorized and tagged Anna Bell Peaks. Bookmark the permalink.