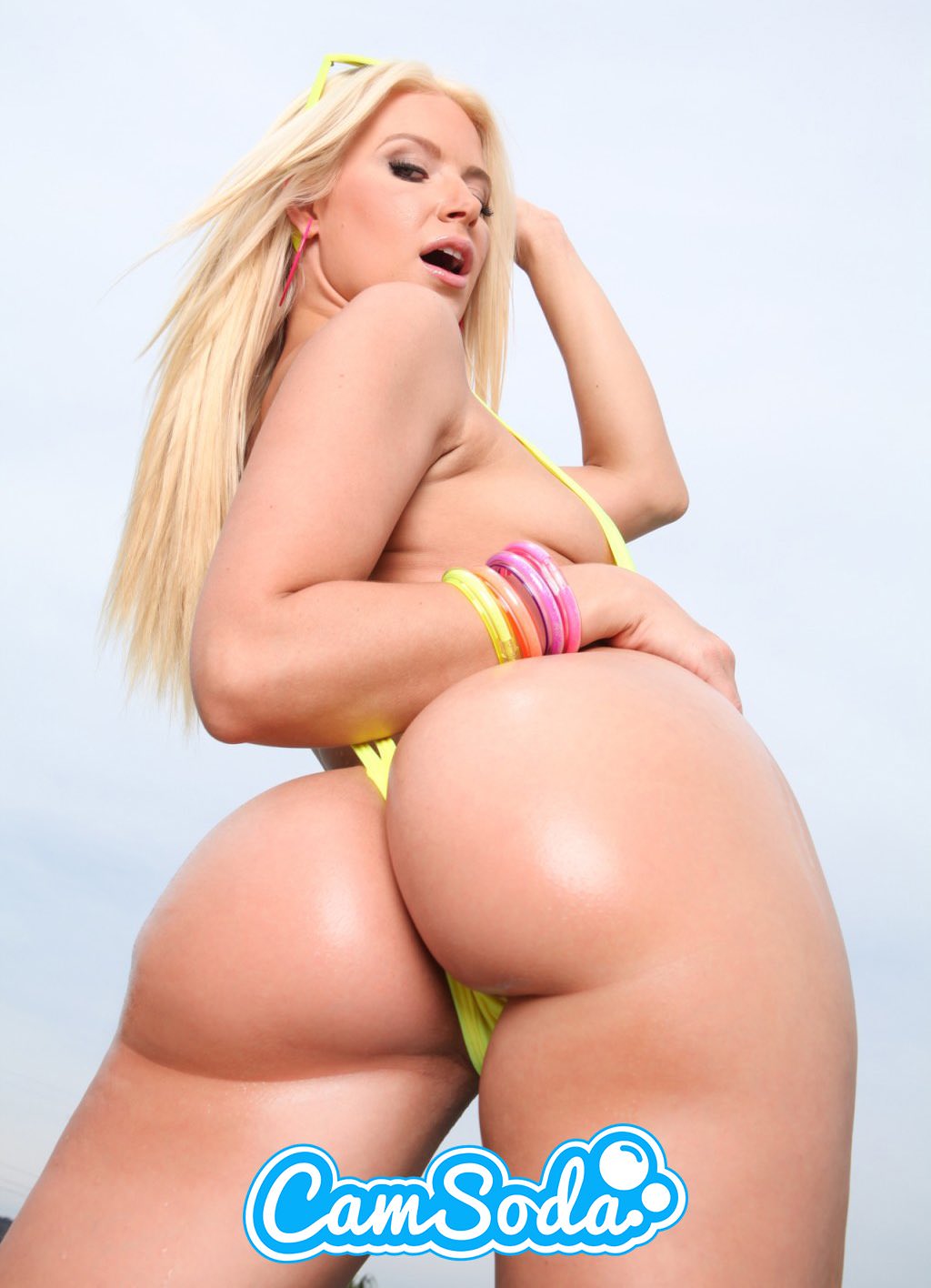 The CamSoda show fun starts on October 27 at 7:00 PST. To join in, head on over to http://camsoda.com/Anikka-Albrite! You’ll be glad you did! And to have an even more intimate experience, you can bring your Anikka Albrite official Fleshlight along!

But that’s not all the good news for fans of the platinum coiffed vixen! It is well known that she’s not only the greatest performer of her generation, her ass has been the inspiration for many a movie, countless words of flattery and the object of fantasies the world over. Which explains why Anikka is now on the cover of Bringing Booty Back (Wicked), a new release in stores this week that hopes to kickstart a new revolution in favor of the booty.

“I guess I just got lucky when it came to getting an ass,” Anikka said. “That’s not to say that I don’t do everything I can to take care of it, from the kitchen to the gym, but nature helped out, too. Lucky for me guys these days love an ass they can hang onto!”

Anikka stars in several of the hottest movies of 2017. Currently on the charts is Tori Black Is Back (Lesbian X), in which Anikka stars in a scene with Tori, Abigail Mac, Ana Foxxx and Jenna Sativa. The movie appears on AVN’s Top 100 Sales & Rentals chart at #25, sits at #3 of Adult DVD Empire’s Top VOD Downloads chart, and #10 on AEBN’s Top VOD Downloads. Anikka and husband Mick Blue starred in Babysitting the Baumgartners (Adam & Eve), which fell from #4 in September to #8 in October on the Adult DVD Empire’s Top VOD Downloads chart.

Also look for Hard X’s “T&A Threeway,” which went live over the weekend. For now you can watch the trailer at http://www.hardx.com.convey.pro/l/KAMEe5A.