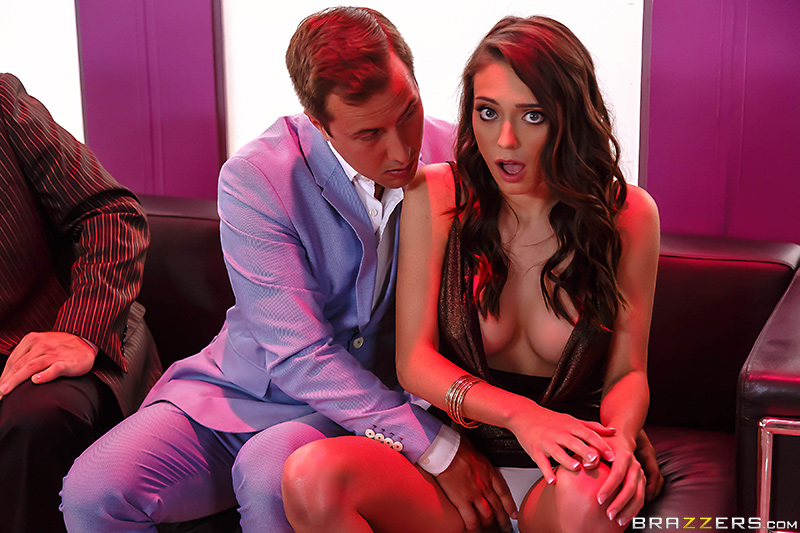 In “VIP,” Ashly is a VIP section bottle service hostess and Jessy the bigshot celeb who needs a little service. Ashly, working under directions from her boss to do “absolutely everything” to ensure this VIP has a good time. Turns out he wants more than just a well-mixed drink and Ashly is ready and willing to give it to him.

“This was my first time working with Ashley, so I was really looking forward to it,” Jessy said. “She’s very beautiful and turns out she fucks as great as she looks. This was a really great scene both to perform in and to watch. People are going to love it.”

Jessy was born and raised in Edmundston, a French-speaking area ind New Brunswick, the claw of land between Canada proper and Nova Scotia. Armed with nothing but moxie, he crossed the border a few years ago and literally fucked his way to the top of the industry.

He shared some of that tale when he appeared on Holly Randall’s Unfiltered podcast. The legendary photographer hosted Jessy and girlfriend Jaclyn Taylor for her 10th episode. It can and should be downloaded wherever podcasts are available.

This entry was posted in Uncategorized and tagged Jessy Jones. Bookmark the permalink.