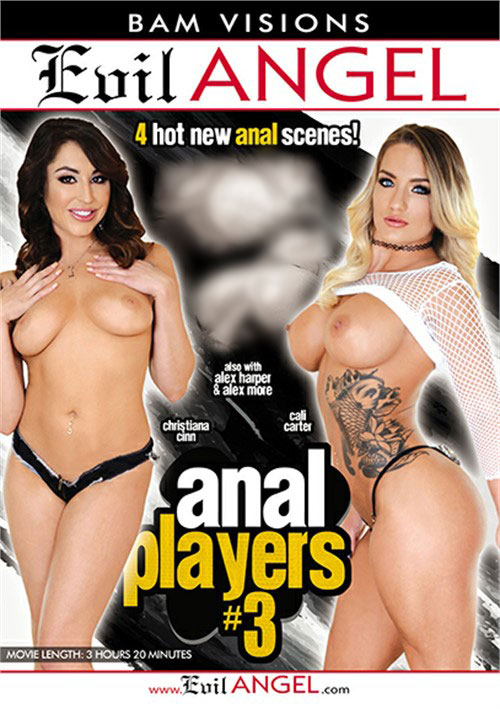 This third volume of one of BAM Visions’ best-selling lines, this one stars Alex Harper, Alex More, Cali Carter, Christiana Cinn and Mick Blue. As is customary at BAM Visions, Mick and Maestro Claudio directed.

With Mick doing all the dick duties he is no doubt the man lining up the talent, too. You can tell – his spectacular taste in women is reflected in the talent he hires. These four ladies are beyond lovely and extremely enthusiastic when it comes to getting their asses rammed by Mick’s award-winning cock.

“Casting a movie really is one of the most important parts of a successful release,” Mick said. “You want to hire the best, girls who aren’t just beautiful but who also really love sex and it shows on camera. We’ve all seen beautiful women who are not interesting to watch and we stay away from that. We want talent who really wants to be there and whose enthusiasm comes through on the screen. We’ve been careful in all of our castings and also probably been a little lucky, too. Things have gone so well and this movie is fantastic. I know that I would buy it if I didn’t already have a warehouse full of them.”

Mick incorporates a lot of sex toys to go along with his cock and it’s a perfect pick. Cali sucks Mick as he rams her ass with a toy. Alex gets her ass toy-stretched before Mick enters with his own raging hard-on. Alex gets her beef curtains toyed with as well as a three-hole fuck from the master. Christiana’s wish comes true – getting her ass plowed by Mick – and she also takes in a butt plug and a vibrating massager before Mick blasts inside her mouth.

Rick L. Blalock at AdultDVDTalk just reviewed Teen Creampies, which Mick directed for Hard X, giving it 4.5/5 stars. It’s a very solid and thoughtful review (and also extremely comprehensive). He says about Mick’s scene with Lily Adams, “In my opinion, this was a great scene. The scene has energy and enthusiasm and the action itself, especially from Mick blue. Is on the harder side of things, throughout. It was a very nice scene to watch play out….”

Check out the full review at https://www.adultdvdtalk.com/review/teen-creampies.

The nominations for the 2017 NightMoves Awards have been announced and Mick Blue is up for Male Performer of the Year. Also, Mick and his wife Anikka Albrite were the leads in Adventures with the Baumgartners (Adam & Eve), which is nominated for Best Feature Production Release. Winners in both categories will be decided by fan voting, which takes place through Sept. 15 – that’s right, this is your last call to vote for Mick! Go to http://www.nightmovesonline.com/voting/index.php.

This entry was posted in Uncategorized and tagged BAM Visions, Mick Blue. Bookmark the permalink.