Back to School with Mick Blue in ‘Asian School Girls’ 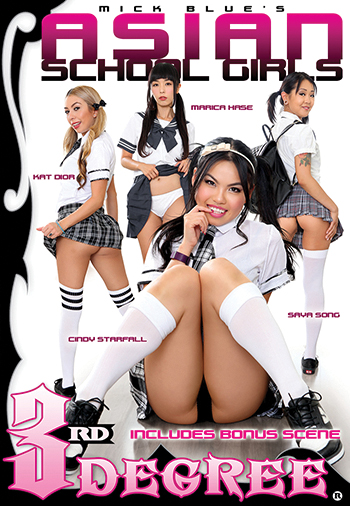 Male Performer of the Year Interviewed by Huffington Post

VENICE, CA – A lot of ladies look up to Mick Blue as one of the great teachers in the adult industry and that’s given him the opportunity to choose from the most promising students. For his latest movie, Asian School Girls (3rd Degree), he selected four girls who are clearly cumma sum laude candidates.

“I love Asian girls and these are four of the most amazing Asian girls in the adult industry,” Mick said. “Each and every one of them did an amazing scene and you don’t have to be into Asians or school girls to appreciate it. This movie will appeal to anyone who loves hot sex.”

There are also several new movies that feature the reigning Male Performer of the Year. He can be seen in Everybody Loves Riley Reid (Zero Tolerance), Super Cute 6 (Hard X), Young and Curious (Digital Sin) and Love on the Rocks (Adam & Eve).

For everything about all BAM Visions releases go to www.evilangelvideo.com/director/49/Mick-Blue-&-Maestro-Claudio/.