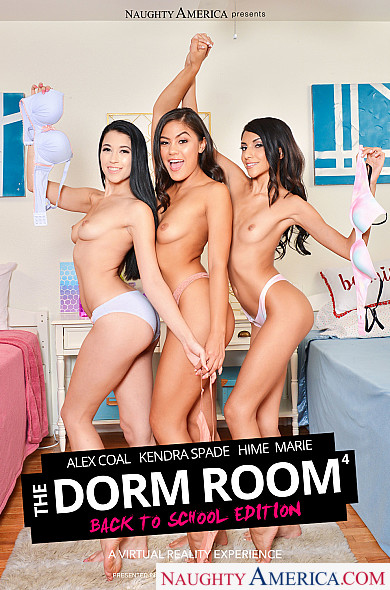 Her Work in Naughty America VR’s ‘The Dorm Room’ Gets Nod for Best Sex Scene – VR!

HOLLYWOOD – Nominations for the 2021 XBIZ Awards are official, voting is heating up and Alex Coal is hot in the running for Best Sex Scene – Virtual Reality.

Alex Coal along with Hime Marie, Kendra Spade and Kyle Mason share the nomination with Naughty America VR for their electrifying work in “The Dorm Room: Back to School Edition.” In this one, Hime watches as Alex and Kendra take turns going down on each other – until she can’t take it anymore and absolutely has to get in on the fun! Soon her boyfriend shows up and you don’t have to guess that it takes rather less convincing to have the three beauties sharing his cock.

In the wake of the ongoing coronavirus situation, next month’s XBIZ Awards show will be held virtually.

Voting for the 2021 XBIZ Awards is now underway. For a complete list of nominees go to https://www.xbiz.com/news/255744/2021-xbiz-awards-nominees-announced. Winners will be announced during a live worldwide broadcast Thursday, Jan. 14 on XBIZ.tv. 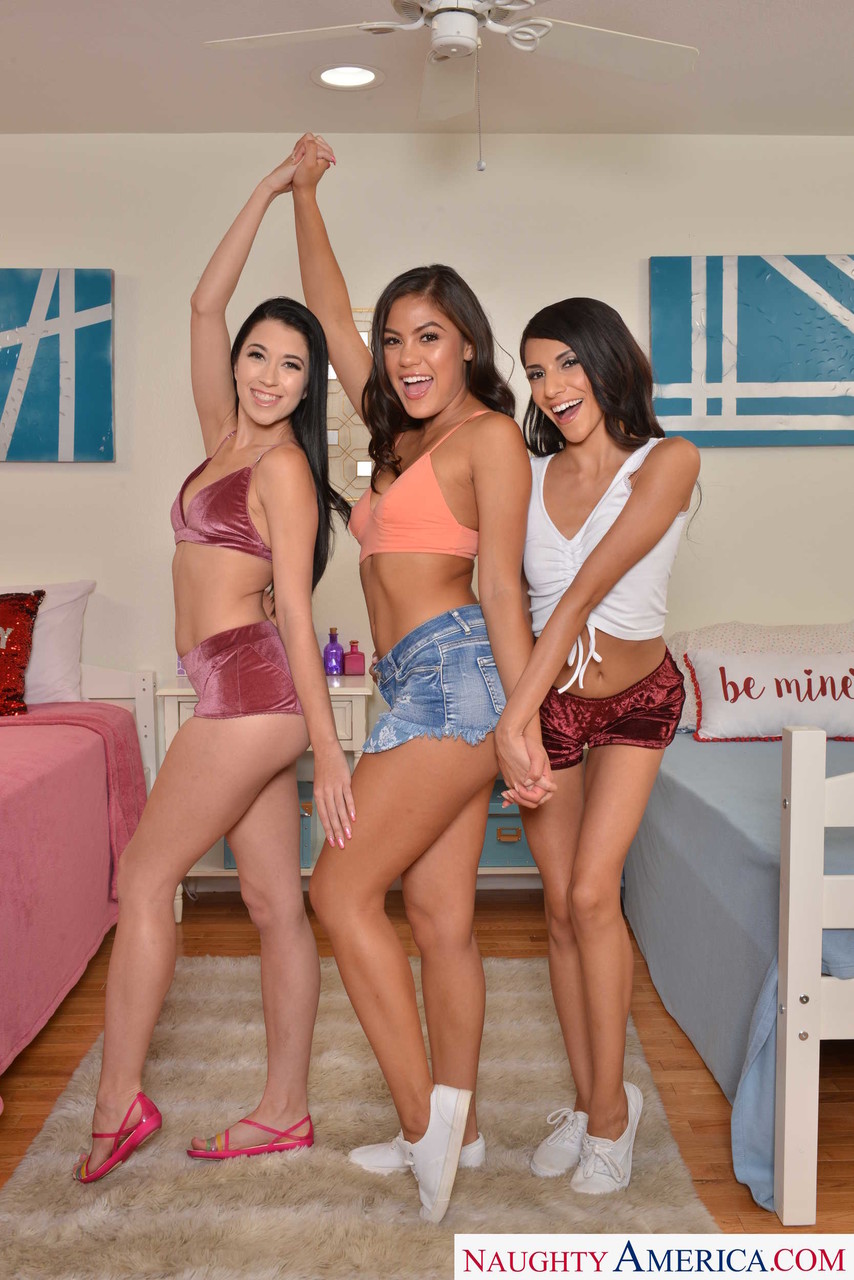 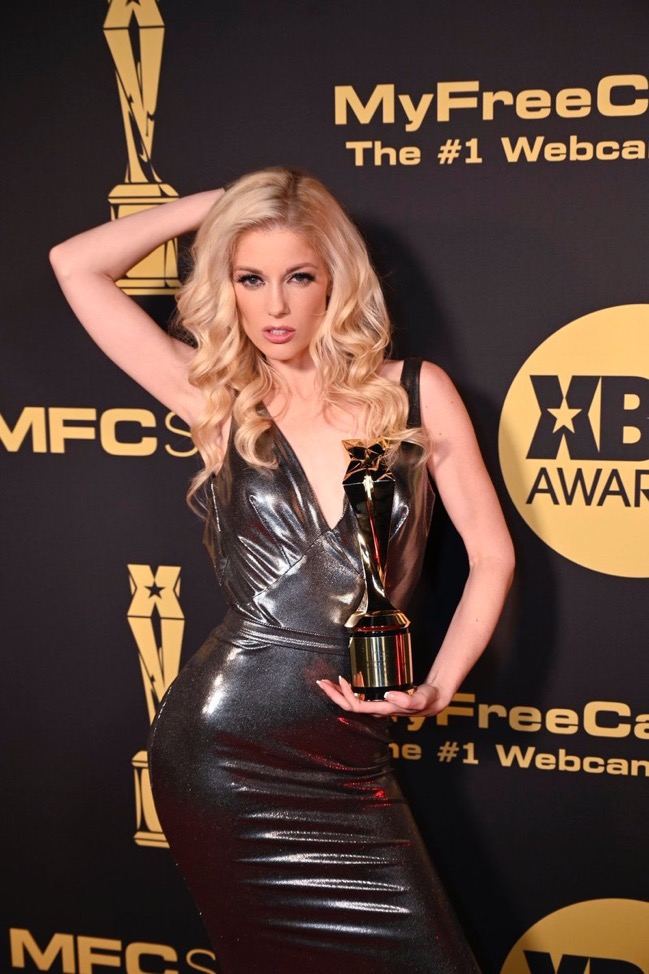 The Double-Reigning Queen Has a Chance to Threepeat! 7 Noms Total!

VENICE, CA – First she won in 2019. Then she won again in 2020. Now Charlotte Stokely has the opportunity to win XBIZ’s Girl/Girl Performer of the Year yet again in 2021. A threepeat.

Nominations for the 2021 XBIZ Awards were announced Wednesday night in a reveal livecast on XBIZ.tv. They enlisted “esteemed stars” (including Charlotte) to announce nominees for 10 of the most esteemed categories, which of course included G/G POY and Charlotte’s name.

In fact, Charlotte has 7 nominations this year, including a breathtaking four in the Best Scene – All Girl category. She is also nommed in the Best Sex Scene – Virtual Reality and Best Acting – Lead categories.

“You can go in expecting anything, but it never fails to thrill when you find out you have a nomination,” Charlotte said. “XBIZ has been so good to me over the years in every respect and I look forward to seeing what they put together for January.”

While there will be no XBIZ Awards or in-person events at all come January, the XBIZ team has risen to the occasion for virtual events in the summer and fall of this year, so fans can expect them to come through with something spectacular for January.

Girl/Girl Performer of the Year

Best Scene – All Girl: Her Forbidden Fruit No. 2 (NSFW Films) with Aiden Ashley

Charlotte is also nominated for the top girl/girl category at the NightMoves Awards and XRCO Awards. She is the reigning winner at all the biggest industry award shows: XBIZ, AVN, XCRO and NightMoves. She also won the equivalent at the Spank Bank Awards earlier this year. The next trophy in the category would be her tenth overall.

For a complete list of the XBIZ Awards nominees go to https://www.xbiz.com/news/255744/2021-xbiz-awards-nominees-announced. 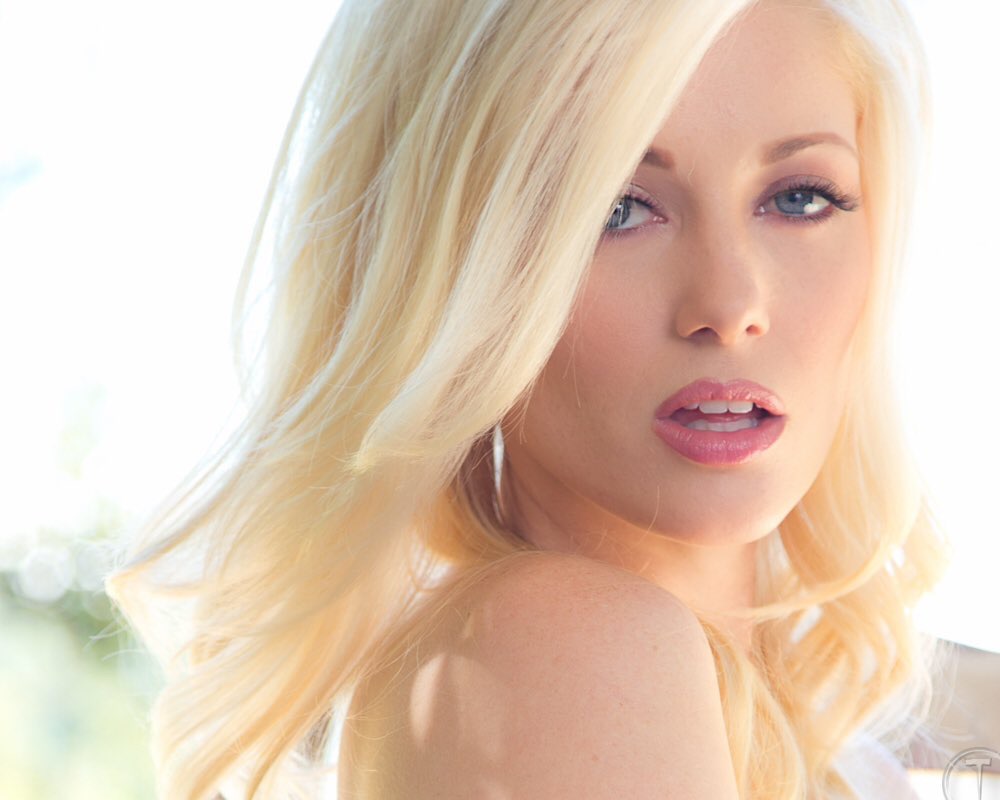 Hollywood, CA – Last week XBIZ held their 2019 awards show in DTLA at the Westin Bonaventure, honoring the biggest and brightest stars in adult entertainment. Nexxxt Level superstars Avi Love and Britney Amber both took home shiny new trophies to the delight of both the girls and the agency.

Britney was quick to share her joy on social media at the sweet win.

“WE WON!!!!!” she exclaims on Twitter. “Thank you SO MUCH to XBIZ and especially everyone who voted!”

Avi, who could not attend the event due to filming, also poured out her gratitude on social media, in the form of a special video.

“I feel so honored that I was chosen as 2019’s best female actress,” Avi gushes. “Thank you XBIZ so much!”

The giddy starlet went on to thank Axel Braun, Hank Hoffman, Claudia, Dusty, her fellow performers, the crew, and her team at Nexxxt Level.

“You guys are my rock,” she said. “I honestly wouldn’t be here without your support and guidance. Thank you so much everybody!”

The team at Nexxxt Level was quick to praise their talented superstars as well as XBIZ.

“Thank you XBIZ for a wonderful night and for recognizing and honoring our talented clients,” offers Nexxxt Level’s Jonathan Morgan. “Congratulations to all the winners! What a great start to 2019!”

Watch the trailer and grab your copy of The Possession of Mrs. Hyde at https://www.adultdvdempire.com/2556663/possession-of-mrs-hyde-the-porn-movies.html?partner_ID=5253771.

“I’m really proud to have won these awards,” Seth said. “I have put a lot of work into my acting for a long time and it’s really important to me and it’s really gratifying that people in the industry would see these performances as among the best of 2018.”

The 2019 XBIZ Awards were held last night at the Westin Bonaventure in downtown Los Angeles.

For everything Seth Gamble go to http://risingstarpr.com/clients/seth-gamble/.

VENICE, CA – Just because nominations for the 2019 AVN and XBIZ Awards have been announced doesn’t mean the amazing scenes from Seth Gamble are going to slow down. He has a pair of new scenes for Naughty America that will serve as further reminders why he is the hottest male performer in adult today.

Shot by Holly Randall, they feature the impeccable Randall lighting and set and, of course, deliver on the hardcore. Both are for the My Friend’s Hot Mom brand, one with Brett Rossi that came out Nov. 29, and the other with Vanessa Cage that released last week.

In the scene with Brett, she has given her son’s best friend Seth a job at her ranch. His first day is a hot one and to cool off both take off their shirts. While he is shocked to see his pal’s mom’s boobs, he soon gets the message, what her saying things like, “What happens in the barn stays in the barn,” and that she “likes to choke on cocks.” He may be cowpoke, but he ain’t stupid!

“Braun’s Deadpool parody spends as much time poking fun of itself as it does parodying the source material,” Pipe writes. “That is more than enough to make it stand out. Seth Gamble plays the title character and does a great job. He delivers very good dialog perfectly and deserves award consideration.”

Male Performer of the Year

Vote Seth for XBIZ Male Performer of the Year at https://xbizawards.xbiz.com/voting/1019.php.

The 2019 XBIZ Awards will be held Thursday, Jan. 17 at the Westin Bonaventure in Los Angeles. For a complete list of XBIZ Awards nominees go to https://www.xbiz.com/news/240128/xbiz-announces-finalist-nominees-for-2019-xbiz-awards.

For everything Seth Gamble go to http://risingstarpr.com/clients/seth-gamble/. 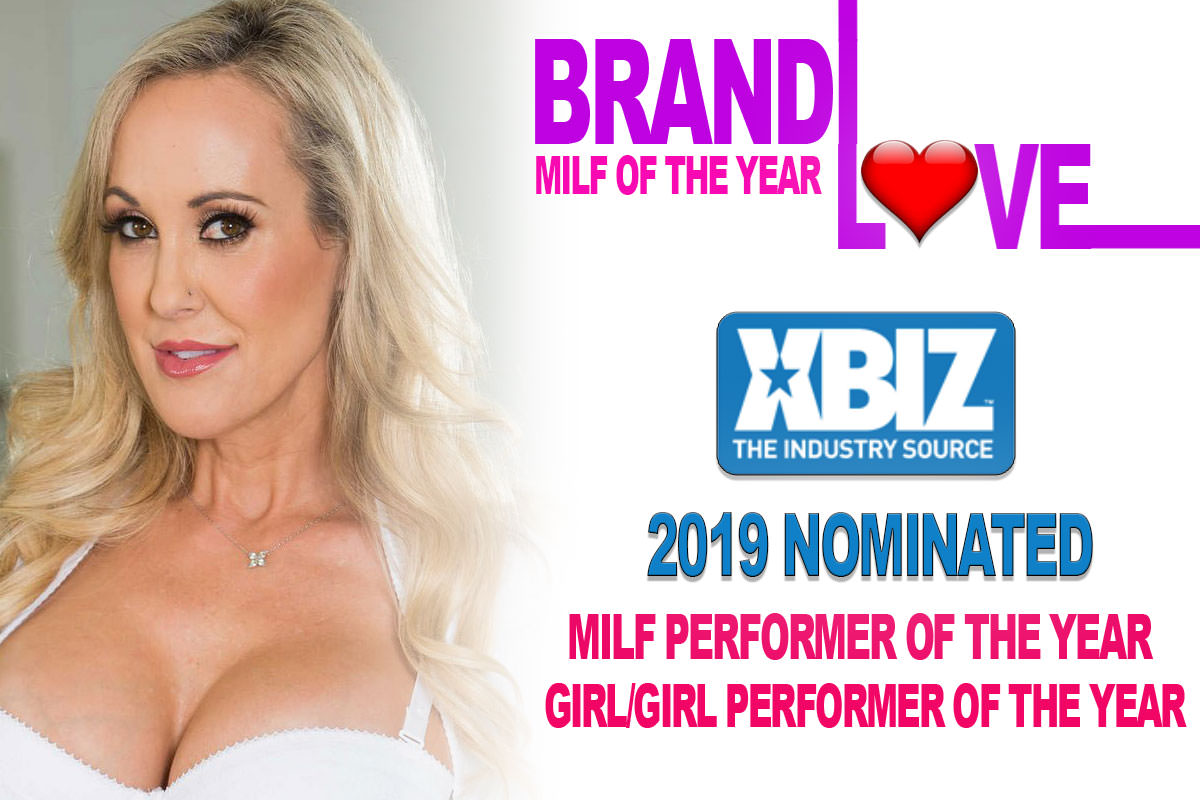 The 2019 XBIZ Awards will be held Thursday, Jan. 17 at the Westin Bonaventure in Los Angeles. For a complete list of XBIZ Awards nominees go to https://www.xbiz.com/news/240128/xbiz-announces-finalist-nominees-for-2019-xbiz-awards.

Get Brandi’s Fleshlight at https://www.fleshlight.com/products/brandi-love.

For everything Brandi go to http://risingstarpr.com/clients/brandi-love/. She has been in the adult industry about two years, but this year the girls-only performer took it to the next level. She worked for New Sensations, Girlfriends, 3rd Degree, Zero Tolerance, Addicted 2 Girls, Penthouse and many other top-shelf companies. This marks her second consecutive XBIZ Awards nomination for Girl/Girl Performer of the Year.

“Words can not describe how grateful I feel to be nominated this year,” Abigail said. “I am lucky to have worked with so many talented directors and performers. I love what I do and I’m glad that others love it, too!”

She is also excited to be launching her official website, www.AbigailMac.com, which is packed with exclusive HD content including videos, photos and daily updates.

Fans can vote for Abigail in the AVN Awards at http://avnawards.avn.com/voting/.

For everything Abigail go to http://risingstarpr.com/news/?page_id=7635. Be the first to know everything about Abigail by following her on Twitter (@MsAbigailMac). She’s also on Instagram (MsAbigailMac) VENICE, CA – Anikka Albrite scored big with the announcement of the 2015 XBIZ Awards nominations as she is in contention in several major categories.

Additionally, she starred in 13 movies that received nominations as the best in their categories. Those releases include entries for feature, parody, gonzo, vignette, couples and all-girl.

Also, the recently-released Anikka 2 (Hard X) is nominated for All-Sex Release of the Year. The movie has received stellar reviews, including two just published: A perfect 5-star review from Adult DVD Talk and a 4.5 from XCritic.

Over at XCritic, Don Houston gave Anikka 2 a rating of 4.5.

“This is another great showcase for Anikka Albrite in every way,” Houston writes. “Sure, she did her “first interracial anal” and her “first DP” but the lesbian trio with Anikka engaging Dani Daniels and Karlie Montana or her first time working with stunning AJ Applegate and Manuel Ferrara together was bliss, my rating for the movie being Highly Recommended, or even better if you are one of Anikka Albrite’s fans already, in which case this title is a must-have. Anikka 2 was a superb entry into the starlet spotlight showcase genre thanks to a great performer but also due to a director able to get the most out of her in the varied scenes and tease montages.”

Anikka also has two nominations in the fan voting categories for the 2015 AVN Awards: Hottest Ass and Favorite Female Performer. Vote today and everyday at http://avnawards.avn.com/voting/.

VENICE, CA – The nominations have been announced for the 2015 XBIZ Awards and Brandi Love came out very well.

Aftermath has also been doing outstanding both in sales and in reviews. It is #1 on the AVN Top 150 Sales & Rentals and hit #4 on the Top VOD Downloads for Adult DVD Empire. XBIZ gave it a 4.5-star review, it scored an XCritic Pick and of three ADT reviews, two are 4.5’s and one boasts 5 stars.

“This will be my first chance to feature near my hometown,” she said. “I am so excited to have this chance to meet and greet all my NC fans and hopefully some out-of-staters! It is going to be a blast. I have some pretty special shows planned for the occasion.”