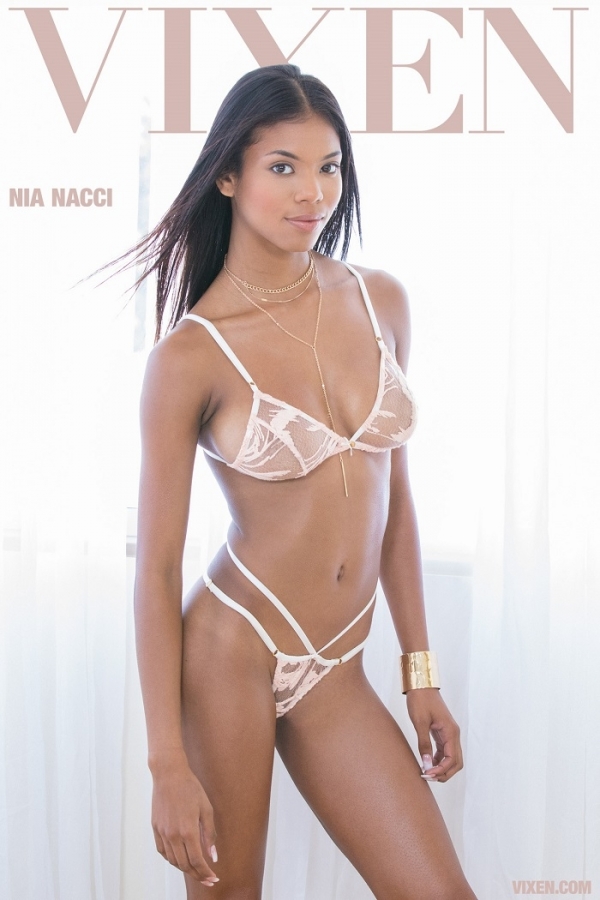 Hollywood, CA – Hussie Models is proud to announce a member of their talented roster of stars has been recognized at the 2019 Urban X Awards. Held Sunday night at the historic Globe Theatre in downtown Los Angeles, presenters took turns handing out prestigious awards to a packed house of popular performers.

When it came time to announce the award for Urban X Hottie, Hussie Models Nia Nacci held her breath and crossed her fingers – until her name was announced!

“I’m honored,” Nia says. “It feels incredible! I’m so grateful. Thank you to everyone at Urban X Awards for a night I will never forget!”

The ceremony was co-hosted by Gia Milana, Nina Elle, and Mr. Marcus. For the complete list of winners, visit https://urbanxawards.com/.

Keep up with Nia Nacci by following @NiaNaccixxx on Twitter. To book Nia, or any of the Hussie Models, visit https://hussiemodels.com/home/. 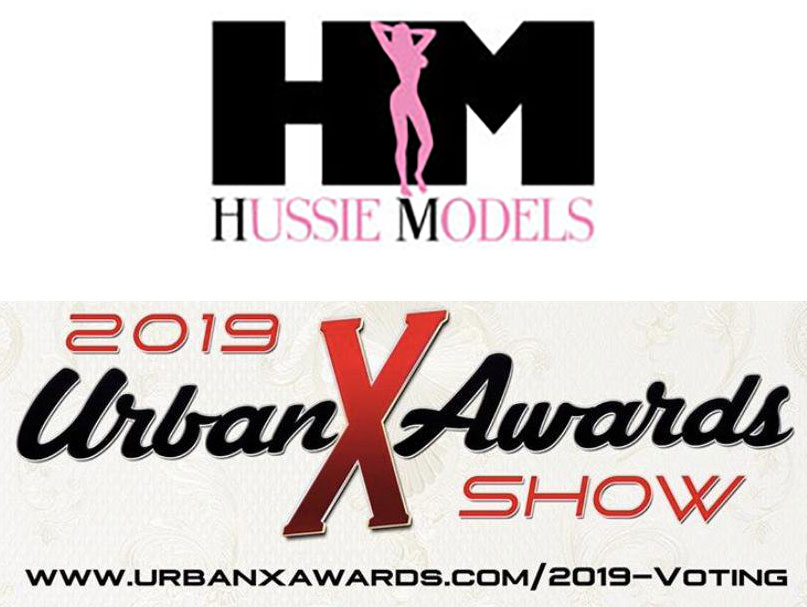 Roster of Hot Stars Need Your Help to Win!

Jax Slayer is up for Male Performer of the Year. Lil D and Louie Smalls are nominated for Best Male Newcomer. Maya Bijou took home a nod for Cumback Star of the Year. Nia Nacci is nominated for three honors – Urban X Hottie, Female Rising Star, and Most Beautiful Breasts!

“It’s such an honor to receive this nomination from Urban X,” Hussie Model’s Riley said. “Having so many of our stars nominated only reconfirms that we’re on the right track. Good luck to all of the nominees!”

To book any of the Hussie Models, visit https://hussiemodels.com/home/.

Hustler Hollywood Signing and Featuring in Lexington This Week

No doubt her wins over the weekend will be a topic on her weekly Sirius XM radio show, Stripper Town, this Tuesday, as well as Friday when she appears at the Hustler Hollywood in Lexington, KY from 5 to 7 pm. Lisa will also be featuring at Platinum Plus in Lexington this Thursday, Friday and Saturday nights.

Lisa is featured in the new issue of GQ and in an awesome interview by Kassem G on YouTube. She will also be ROK’s World on the Rhyme and Reason show on The Beat, 92.7/99.3 FM in Phoenix this Saturday night.

VENICE, CA – It’s hard to know where to start with Lisa Ann this week because so much as happening: She’ll be hosting the red carpet at the Urban X Awards, as well as entering the Hall of Fame. Kassem G did a wonderfully hilarious interview with her that’s available on YouTube and is already receiving views by the thousands. She’s featured in the new issue of GQ. Tuesday night she’s hosting her Stripper Town radio show and Thursday she’s doing a live sex show.

Saturday night’s Urban X Awards will be a huge for Lisa Ann as she will be hosting the red carpet and also inducted into the Hall of Fame. Lisa, who is also in the AVN Hall of Fame, addressed the Urban X Hall of Fame in an interview with Deep Inside Adult last week.

“The AVN Hall of Fame is a big one,” she said, “it shows the dedication to the industry by the years of your stay. The Urban X Hall of Fame is just as important since I am a huge advocate of equality.”

Before hosting the red carpet this weekend she’ll be hosting her weekly radio show Tuesday night when she’ll have special guest Inari Vachs on the air. Then on Thursday she’ll be doing her second live sex show in as many weeks for LiveGonzo.com. The fun starts at 2 pm PST.

Speaking of fun, Kassem G did an interview with Lisa Ann that is definitely one of the funniest projects she has ever been involved in. She appears in one of his Going Deep interviews and he has also posted deleted scenes, the full scene reading and Twitter questions. This is not to be missed by fans of Lisa Ann and comedy.

The Urban X Awards will be held Saturday night at the 740 Club in Los Angeles. Click on www.urbanxawards.com/urbanxongoing/ to learn more. Watch the Kassem G Going Deep interview at www.youtube.com/user/KassemG (www.youtube.com/watch?v=IhZkqUj0hRM). Read the Deep Inside Adult interview at http://www.deepinsideadult.com/main/2011/07/14/lisa-ann-interview/. Complex: http://www.complex.com/girls/2011/07/the-top-100-hottest-porn-stars/lisa-ann#gallery. Join in for her live sex show at 2 pm PST Thursday at www.livegonzo.com. The Stripper Town radio show airs Tuesday nights on Sirius XM channel 103 from 11 pm to 1 am (PT). Visit www.siriusxm.com/spiceradio. Pick up the latest issue of GQ at newsstands everywhere.

VENICE, CA – Jenna Haze is one of the most heavily-awarded starlets in the history of the adult industry and she has the opportunity to win another trophy Wednesday night at the 27th Annual XRCO Awards Show.

She is nominated for Orgasmic Oralist this year and has as good a chance as anyone to walk home with the award. Last year she won the prize for Orgasmic Analist. She won Female Performer of the Year at the 2009 show. In 2008 she won Orgasmic Oralist. In 2006 she won Best Gonzo Release for Jenna Haze Darkside and Best On-Screen Chemistry, along with Gianna and Rocco for Fashionistas Safado: The Challenge.

Win or lose, she’ll be making an appearance on Playboy Radio’s Night Calls show Thursday, the night after the XRCO Awards.

Night Calls broadcasts live Monday through Friday from 4-7 PST from Los Angeles. The show can be heard on channel 99 on both XM and Sirius. Listeners are encouraged to phone in their questions and comments by calling in toll-free at 877.205.9796. Jenna’s appearance will begin around 5:30-6 pm.

Wednesday night she’ll be hosting a hospitality industry night for Monarchy Wednesdays at the Spearmint Rhino Gentlemen’s Club in West Palm Beach. She’ll be appearing at 10 o’clock and the party keeps on rocking until 3 in the morning.

Joslyn will be sticking around since she’s featuring at the club Thursday through Saturday. Fans can text WPBTC to 47643 for free admission. She will be making a substantial donation from what she makes this week to the Chad Peery Benefit Fund. Peery, an Oklahoma City police offer, was off-duty watching an OKC Thunder basketball game at a local restaurant when staffers, knowing he was a police offer, asked him to help escort some belligerent customers outside. He was beaten horribly and suffered a broken neck, paralyzing him. Joslyn heard about the story while featuring in Oklahoma City last week.

“The story just broke my heart,” Joslyn said. “I’ll never understand how people can commit such savage acts against each other. I am very proud to be able to do what little I can to help this man and his family.”

On a lighter note, TMZ ran a story late last week about Tiger Homewrecker wieners being served at Augusta sports bar Somewhere in Augusta during the Masters. The dogs were 12” Nathan’s dogs stuffed with cheese, wrapped with bacon and deep fried. “So far—Tiger has not stopped by to give it a whirl—but don’t be surprised if Joslyn James does,” they quipped.

“I did a lot of interviews last week and they’re already popping up,” Jenna said. “It’s been a while since I had the opportunity to sit down and do some press and it was great.”

This week she’ll have one more thing to talk about with Digital Playground’s release of A Job for Jenna. This week she’ll also be doing a live show Wednesday on www.jennahaze.com and shooting for upcoming Jennaration X titles. Her live show will be Wednesday at 4 pm PST.

VENICE, CA – Lisa Ann spent last week In New York City in a media blitz, doing interviews over the phone, via Skype, in person, on video, hosted a party for PUMPSmag and even showed up on the New York Post’s famous Page Six over the weekend.

“Last week was an amazing time,” Lisa said. “New York is so much fun and I’m really comfortable there. The media was great and it was awesome to hear about the Urban X Awards while I was there.”

Back in LA, Lisa will be having a very public Tuesday night. She’ll be doing a live show on TheLisaAnn.com at 6 pm PST. Later that night she’ll be Spice Radio show Stripper Town from 11 pm to 1 am PST.