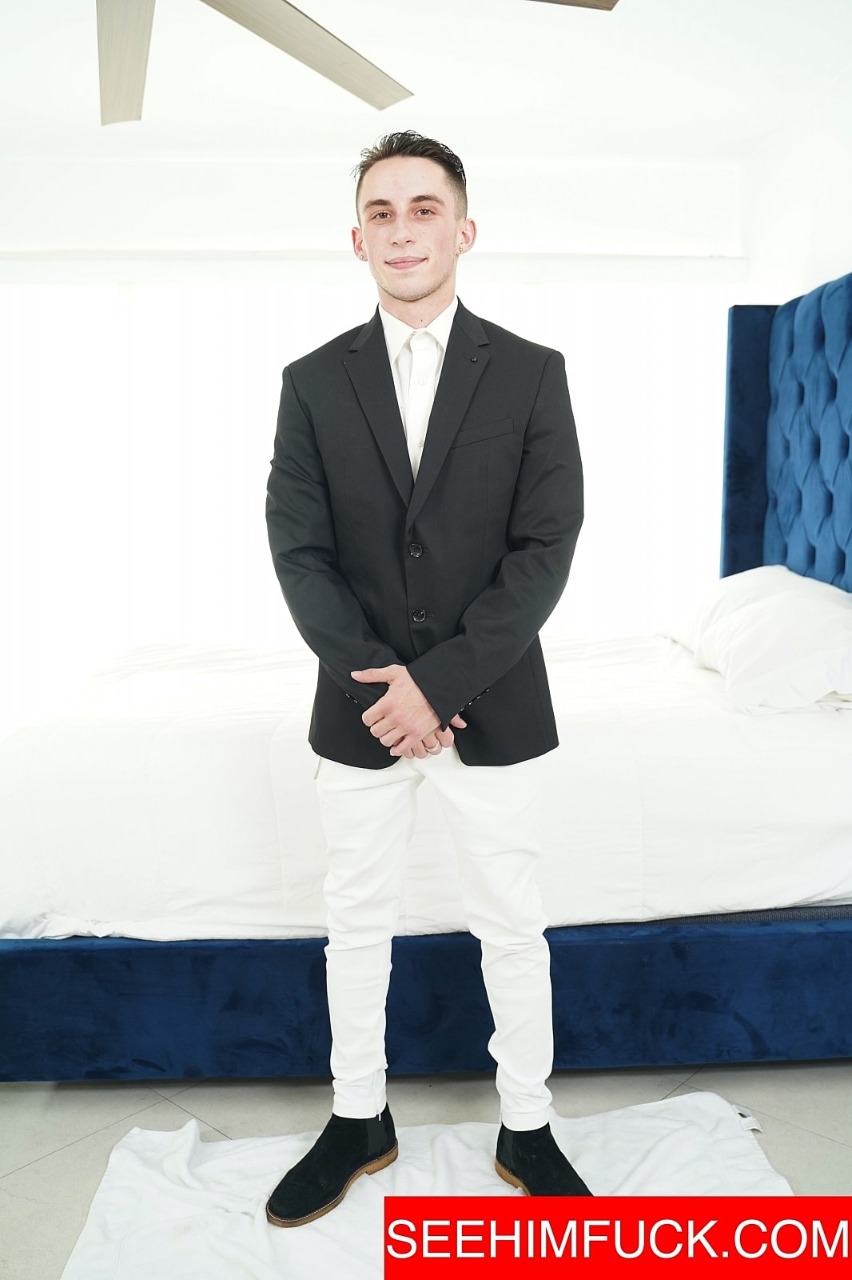 VENICE, CA – Chris Rail Can take as well as he can give, and it’s a good thing since his scene in the new SeeHimFuck DVD demanded both.

The company makes guys the focus of boy/girl scenes rather than just keeping the ladies in focus while the meat puppet does his best to be a hard cock and little if anything else. SeeHimFuck turns things around and Chris could hardly have been happier.

His scene in Young Men 2 pairs him with Melody Foxx, a young woman of just 18 years, but someone who clearly has great instincts for what a fellow enjoys. The SHF setup of focus on the guys has the perhaps-unintended benefit of allowing the gal to stop focus on her own opening up for the camera and instead put that energy into really pleasing the guy.

“If I was ever rimmed before, I don’t remember, because it wasn’t like this,” Chris said after the scene. “This was like rimmed!”

Also look for Chris with McKenzie Lee in My Friend’s Hot Mom (Naughty America), Big Tit Babes Out of Control (Spizoo) with Janey Doe, “Party’s Over, Go Home” (Reality Kings) with Julie Cash, and “Teen Tongue in His Asshole” (SeeHimFuck.com) with Melody Foxx.

For everything Chris Rail go to http://risingstarpr.com/rising-stars/chris-rail/. 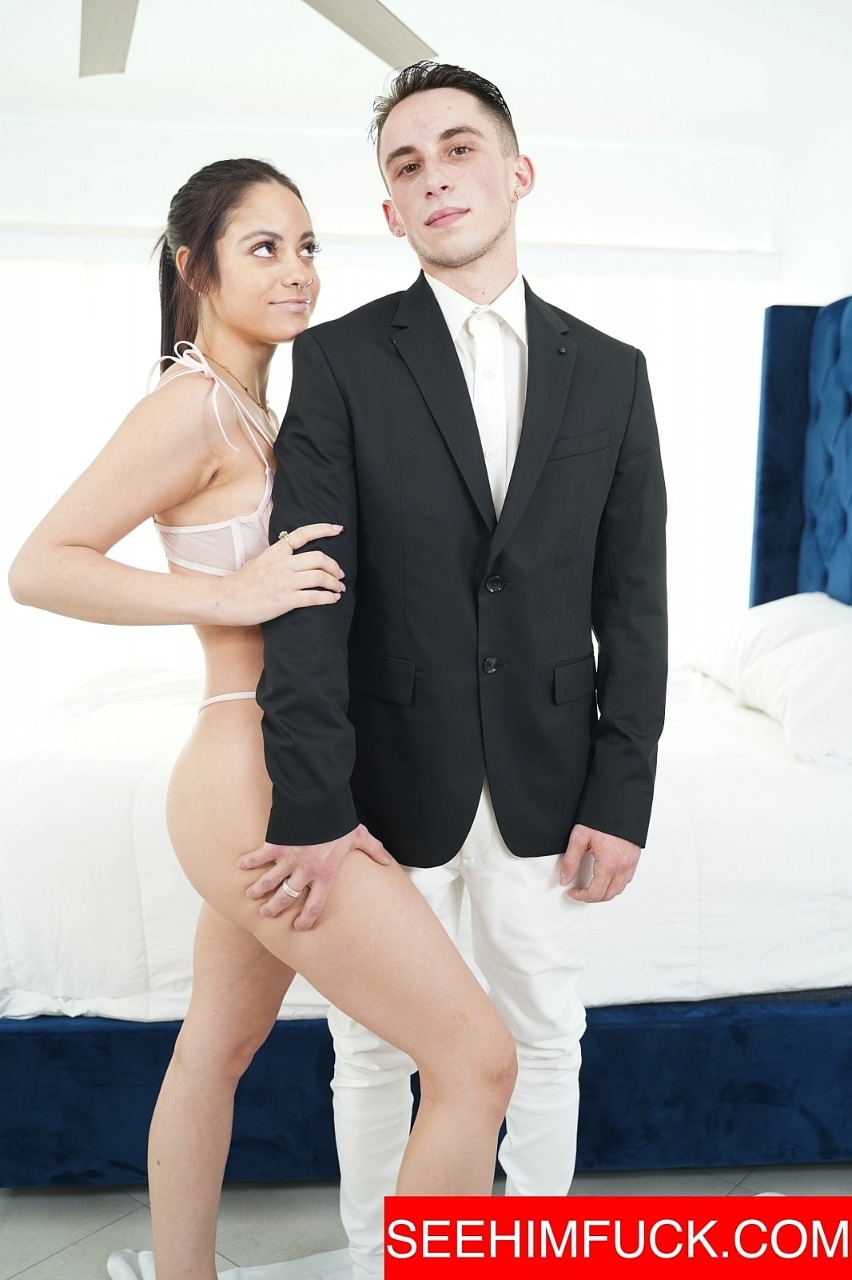 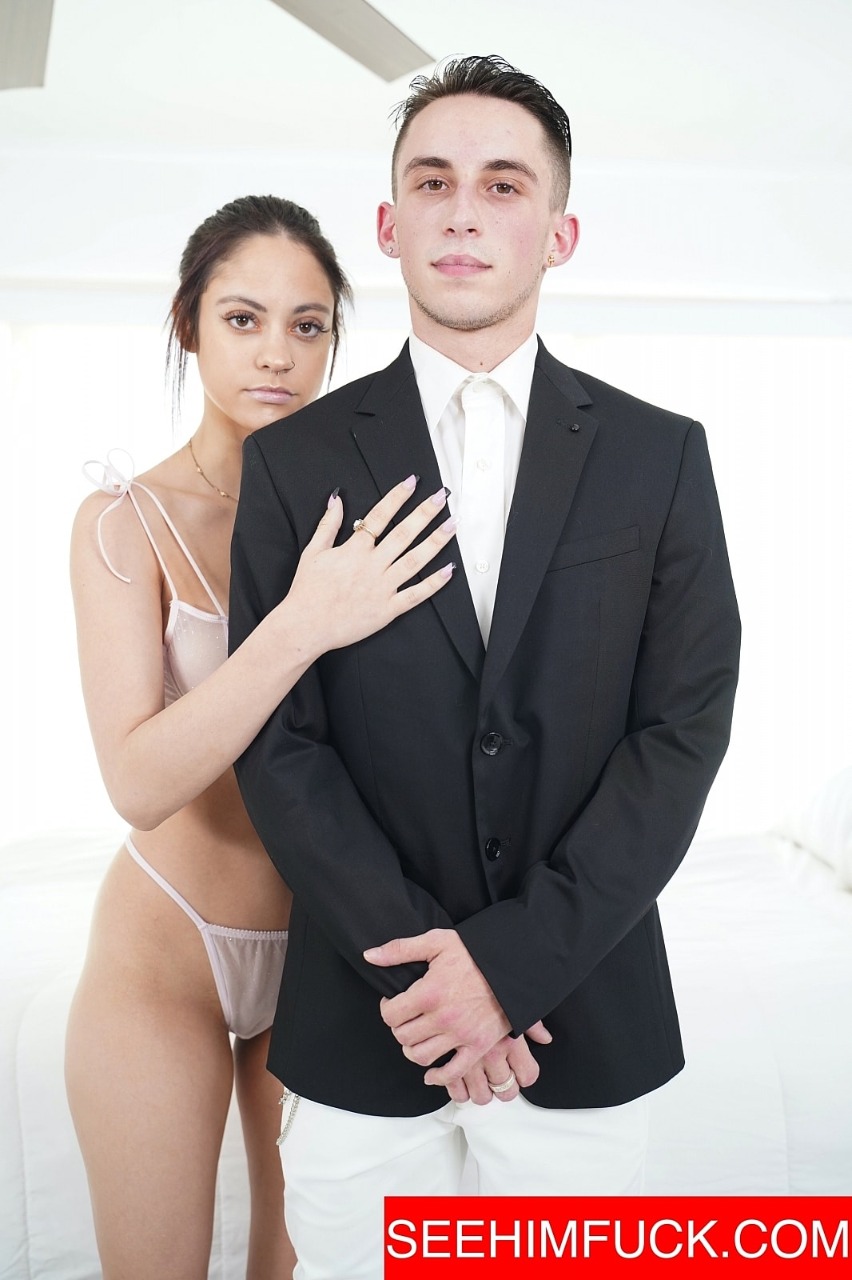 He Liked the Licking So Much That He’s Going to Be Demanding Rimjobs at Home!

HOLLYWOOD – After about six months in the adult industry, Chris Rail isn’t sexually naïve, but there was still some new territory left to cover.

In his SeeHimFuck.com debut, “Teen Tongue in His Asshole,” he was lucky enough to get scened up with 18-year-old Melody Foxx and the SHF experience was cool and different for both of them.

Since the camera is mostly attracted to the dude in a SHF scene, it gave Melody the chance to focus on the pleasure part of the shoot more so than positioning herself or making sure she’s opening up to show off her pussy. Instead the pressure is on Chris and he didn’t seem to mind one bit.

“It was so good, it was amazing,” Chris said in the post-scene, live-from-the-shower interview. “It’s so different – I haven’t had it focused on me like that – and it’s a lot more pressure, but I do like the camera, so it was cool.”

Melody clearly enjoyed her role, too. As they say, You can fake a lot of things, but you can’t fake enjoying putting your tongue up a guy’s ass. Miss Melody clearly knew what she was getting into and was thrilled to be doing it. She couldn’t help smiling from her first moments in front of the camera when she took in his armpit scene before going in for a taste. From oiling down her man’s body to licking ever crevice, her enthusiasm was impressive.

Chris kept it together well, too, taking all this woman worshipfulness in stride, clearly enjoying the attention and the affection. While the smirk on his face might give a clue that he was a first-timer on that end of the act, he was in good hands and Melody’s tongue is very relaxing.

“It was my first-time getting rimmed, maybe there was once that I don’t remember, but I don’t remember it because it wasn’t like this. This was like RIMMED!” Chris said. “It’s a little unusual, but it’s all good. I’m probably going to have my girlfriend do that when I get home.”

Check out “Teen Tongue in His Asshole” https://seehimfuck.com/updates/Chris-Rail.html. SeeHimFuck.com’s COVID-19 Quarantine Special has been extended! Get 30% off initial signup for the first month, a 3-month subscription or a full year!

Chris Rails is on Twitter @chrisrailxxx and on AVN Stars at https://stars.avn.com/chrisrailxxx.