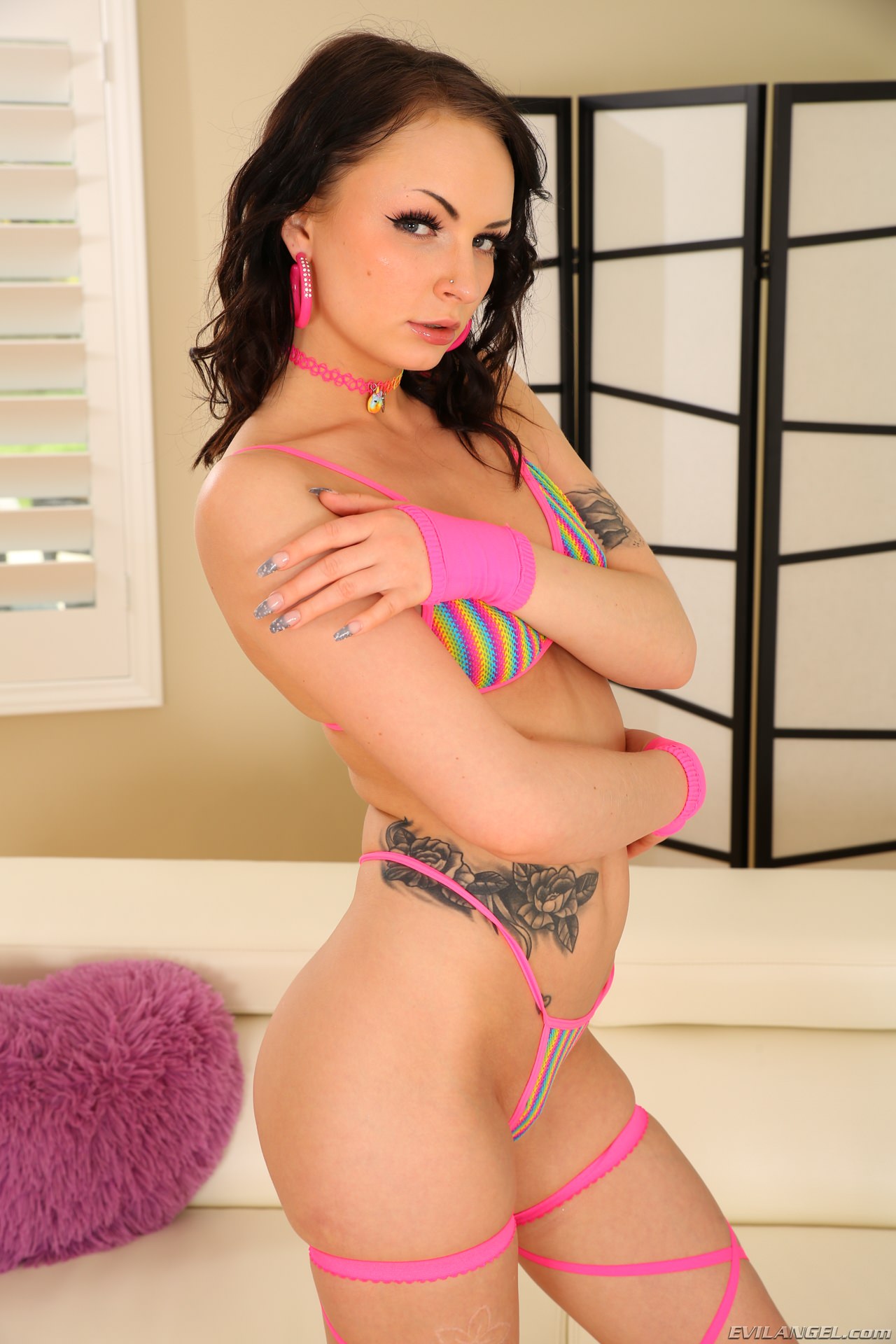 Pink teases in a sexy string bikini, showing off her natural breasts and petite, tattooed body with a sassy smile before spreading herself and showing off her pink pleasure holes.

“Fucking treat me like a whore!” she pleads with her scene partner Mark Wood, until he deeply drills her lubed pucker in multiple positions, gaping her while she rubs her smooth shaved pussy.

Alice Pink is represented by Hussie Models, the only talent agency licensed and bonded in both California and Florida. For availability, check out Alice’s Hussie Models page at https://hussiemodels.com/portfolio-item/alice-pink/.

To book Alice Pink, contact her agent Ryan at https://hussiemodels.com/porn-agents-contact/. 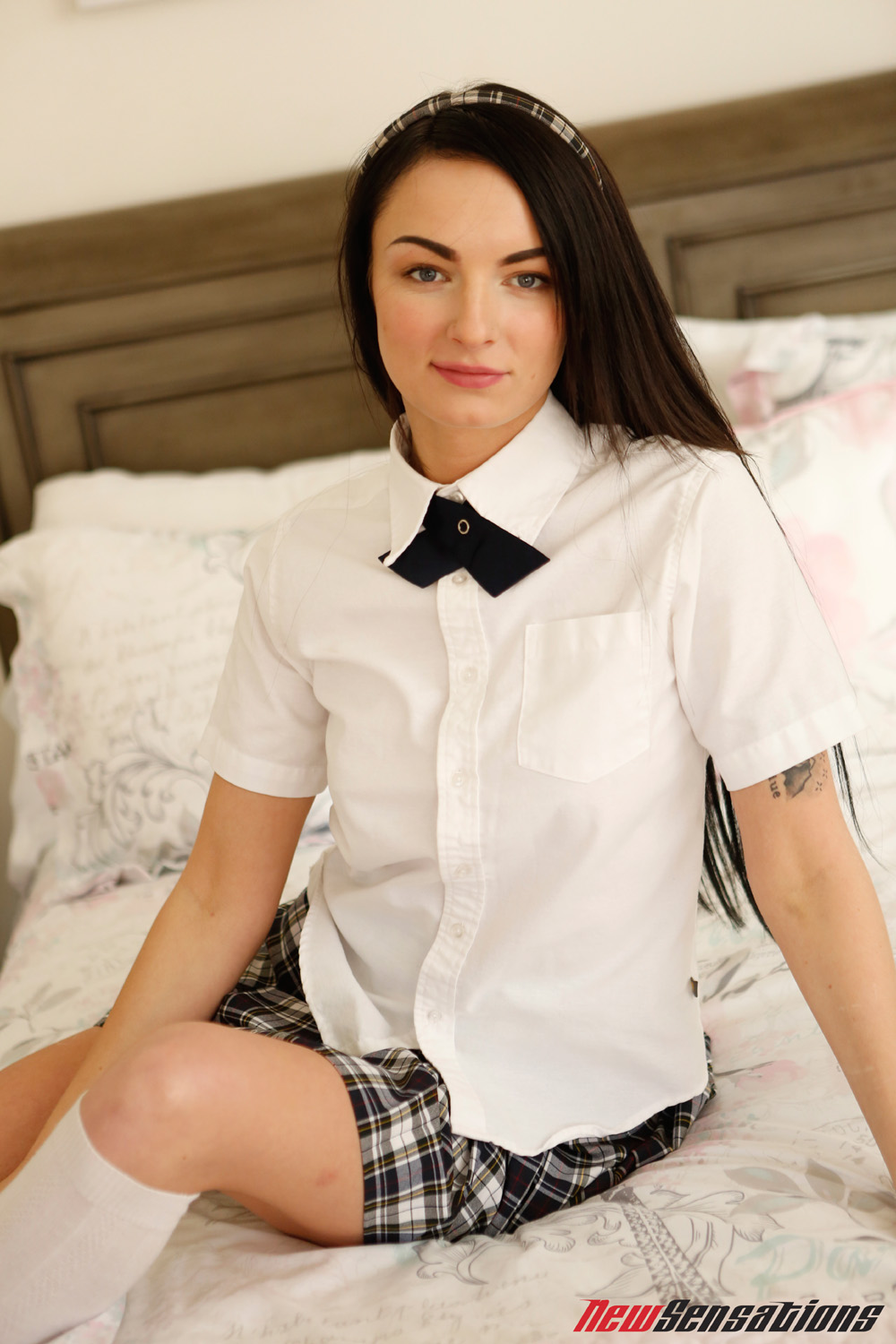 VENICE, CA – The 2010 XBIZ Awards are going to be a big night for the clients of Rising Star PR, many of whom are up for some of the night’s highest honors. With some of the industry’s biggest names under its belt, it’s little surprise that there will be a few Rising Stars accepting trophies on the stage.

In addition several members of the Rising Star PR roster will be presenting awards. Shy Love will present Web Host of the Year; Kagney will hand out Web Retailer of the Year; McKenzie Lee will give out the New Starlet of the Year and New Male Performer of the Year awards; and Lisa Ann will bestow New Studio of the Year honors

“It’s easily one of the biggest events of the year and we’re looking forward to an amazing night,” Rising Star founder Devan Cypher said. “We have some very serious contenders and we’ll be extremely surprised if a couple of them don’t go home with awards. They all had phenomenal years and 2010 will only be better. Things couldn’t be better at Rising Star HQ.”

VENICE, CA – The votes have been counted and Mark Wood’s Young Tight Latinas is a winner once again. The director left the AVN Awards in Las Vegas with the trophy for Best Ethnic-Themed Release – Latin for volume 17 of the series. Mark has been shooting the series since 2006 and won Best Ethnic-Themed series – Latin last year.

As was announced in the weeks prior to the show, Mark was also inducted into the AVN Hall of Fame during the show.

“Whether I’m directing or performing, I never think about awards,” Mark said after returning to Los Angeles. “Even when I get nominated I don’t think too much about it. In every category there is an enormous amount of competition and most people go home disappointed. It’s very gratifying and I thank AVN and the voters for recognizing the hard work we put into the series.”

Mark’s previous awards include the 2007 XRCO Unsung Swordsman and several awards for releases under the LéWood imprint, which he and his wife Francesca Lé started several years ago.

Since making his performing debut in 2000 he has worked in more than 2000 scenes and is nominated for Male Performer of the Year at next month’s XBIZ Awards.

Veteran of 2000 Scenes and Directing Nearly 200, He Joins Exclusive Club

VENICE, CA – Since entering the adult business in 1998, Mark Wood has performed in more than 2000 scenes, directed nearly 200 others and is now known as one of the hardest working and most dependable performers in the adult business.

That’s why it’s little surprise that AVN has chosen to induct him into the Hall of Fame at its show in January in Las Vegas.

“This was certainly the furthest thing from my mind when I first entered the business,” the low-key star said. “I spent months in Jim South’s office sitting on the couch waiting for my time to come. It wasn’t an easy start, but once the ball got rolling, things have continued to improve over the years. I’m very happy with my decision.”

Over the years he has performed for just about every company in the business and directed for Red Light District, Juicy Entertainment, Visual Images, Devil’s Film and several others. He has also produced movies for his own company, NxTLvL, as well as the company he and wife (and fellow AVN Hall of Famer) Francesca Lé, LéWood.

“Between performing, directing, producing, booking and all the rest of it, I haven’t even had time to think about awards,” Mark said. “It’ll be nice to take a moment one day soon and reflect on it. It really is a fantastic honor. Plus now Francesca can quit boasting about being in the Hall and making fun of me for not making it in!”

Keeps Girls Off Street By Shooting Them for ‘Wasted Youth’ Series

VENICE, CA – The empathy of performer/director Mark Wood seems to know no bounds. The man simply cares about his fellow humans, especially the younger of the opposite sex. Perhaps it’s this regard for teenage girls that has made his Wasted Youth series so popular.

“Some people say I care too much,” Mark admits, “but I don’t think that’s possible. These girls need help. If I can give them a good lay and put a few bucks in their pockets, I think it puts them in an excellent position to get their lives and careers on track.”

“I’ve been exceptionally happy with the series, but I think this is certainly the best one yet,” Mark says. “I don’t say that must because I got to screw Mindy Lynn and Megan Moore, though they were both incredible. The whole cast really stepped it up and I’m thrilled with the final result.”

While the modest man doesn’t want to take too much credit for helping needy teens, the truth is that many girls who have appeared in his series have gone on to great things.

“All I can do is try to help,” Mark says. “If we all do our little part, then I think the world will be a better place. I’m just doing my part.”

VENICE, CA – There are people who collect just about everything. From stamps to autographs to unemployment checks, almost everyone has something they enjoy hoarding for their personal enjoyment. For award-winning director Mark Wood, that would be MILFs.

“This is my great passion in life,” Mark says cheerfully. “There are few things as satisfying as a beautiful woman in her prime, and I make it a point to get the best of the best.”

“It doesn’t matter how much a guy works in this business,” Mark says, “there is always a special thrill working with a girl who is brand new and Caroline was exceptional. I’m thinking I’m going to have to bring her back again, because she was great fun. The fans are going to go nuts for this girl.”

“The reporter was so quiet that we hardly knew he was there,” Mark remembered. “He came around for a few days while we were shooting the movie, but I didn’t expect such an in-depth review. If we’d known, we’d offered him a coffee or a water or something.”

Apparently the action was enough, which is understandable when the cast includes Diana Doll, Carolyn Reese, Rachel Love, Raquel Devin and Felony Foreplay.

“Call Wood greedy if you want,” the article states, “but he has just performed one of the greatest coups in human history: He has taken over ownership of the letter ‘M,’ and if you don’t like it you’re going to have to battle some of the most amazing women in the industry to get it back.”

Wood contends that he simply used the letter for the title and has made no claims to ownership.

“The letter falls under the fair use doctrine,” he said. “It’s available for anyone to use, I swear.”

VENICE, CA – Director Mark Wood believes that honesty is the best policy, but it has taken him years and more than a thousand scenes to discover the cruel truth: The real reason he gets so much tail is because he’s forking over the cash.

“And I thought they just wanted to have sex with me,” a befuddled Mark said. “Who am I kidding?”

Then again, watching his vast body of work it’s easy to see why he’s confused. He’s such an affable guy that the ladies love to work with him and he always turns in a solid scene. It’s just all so convincing!

Despite the recent revelation, his work has not suffered. In fact, it seems this newfound knowledge may have actually freed him to do his finest work to date, both as a performer and as a director. His latest release, I Fuck for Money, is one of his hottest movies in memory. Cash-strapped Austyn Summers can be seen showing her little titties and taking a wad of bills on the cover, while in the movie the wad goes all over her face in the form of a money shot.

“It’s pretty amazing what you can get really hot chicks to do for a fistful of dollars,” Mark said. “These girls have no problem sticking a stranger’s dick in their mouths, pussies or even asses when a few greenbacks are at stake. It’s a great system if you know how to work it.”

I Fuck for Money also stars Andi Anderson, Brooke Adams, Heather Starlet and Mindy Lynn. The early reviews have been fantastic, as this exerpt from Fleshbot post this week exemplifies: “Along the way these girls seem to find some earnest joy in their labors, with Wood’s subtle abilities as a director bleeding through the doldrums of the mechanics of porn making and elevating the performances the way painkillers lift the spirit. Once again, he shows his taste for fresh talent is well aligned with our own, selecting a wide variety of different but equally hot new girls and coupling them with partners they are actually interested in fucking. The results? Extraordinary. This is exactly what we’ve come to expect from Mark Wood.”