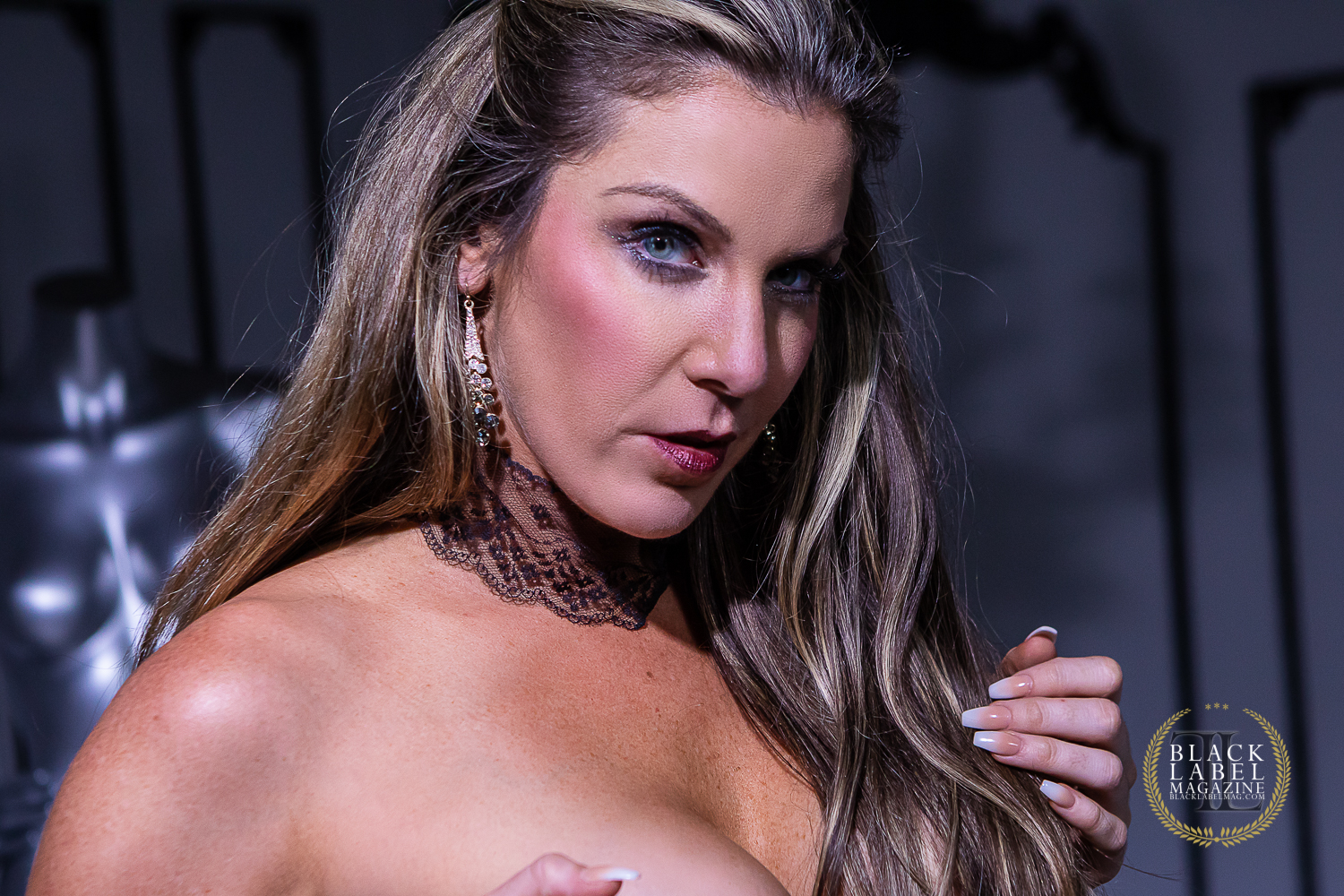 And now she’s back!

“Kayla is a dream to have on set,” says Black Label founder/photographer/director/everythinger Lincoln. “She’s hilarious and oozes with sex appeal.”

“It’s something a little different,” Lincoln said. “As I evolve Black Label, I’m interested in trying out new stuff. Breaking the fourth wall was something some fans have wanted, and this first time was well-received. Kayla did a great job and you feel like you’re right there with her.”

Her second scene with Black Label, “My New Toy,” co-stars Black Label sweetheart Verronica Kirei and will be released later this year.