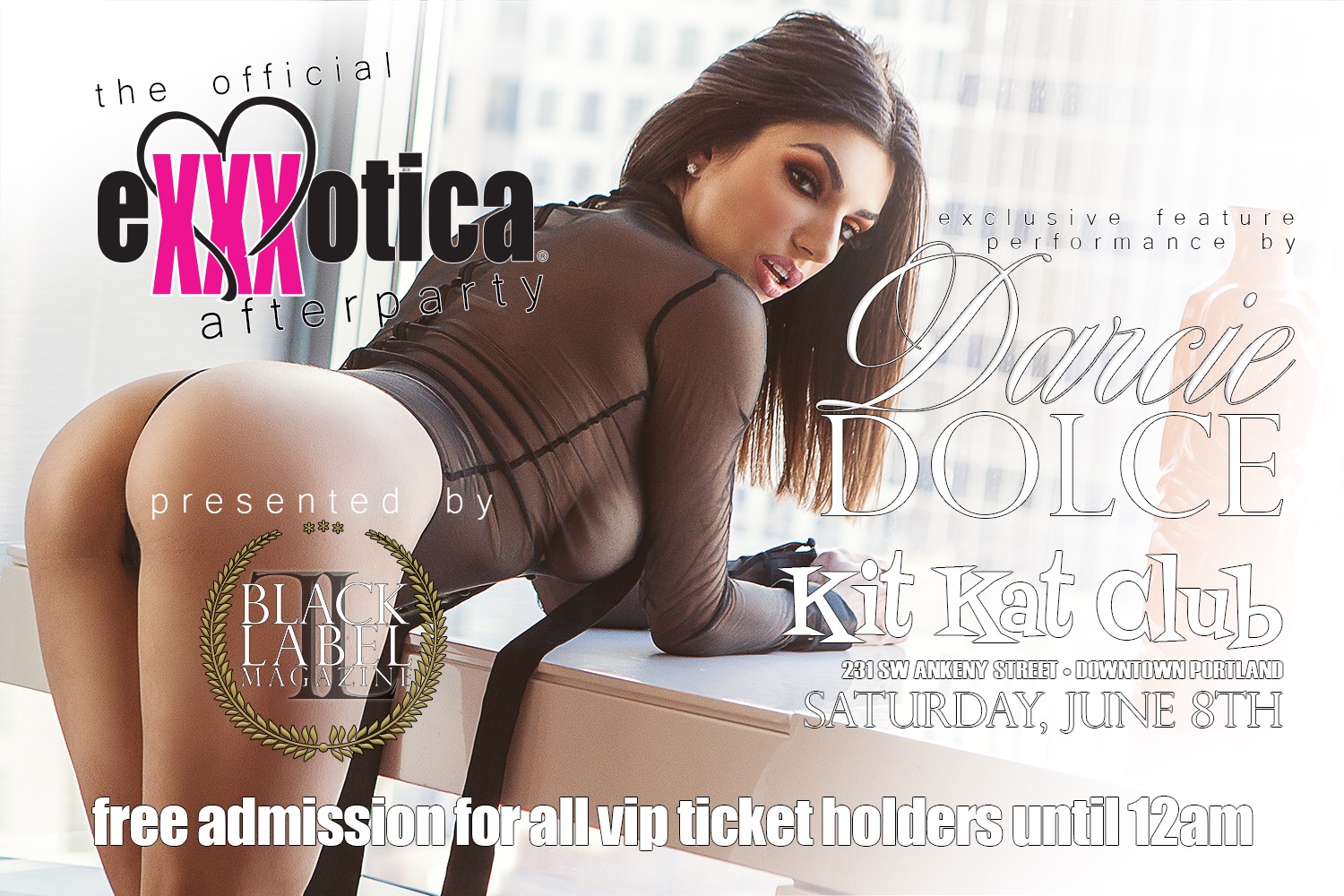 VENICE, CA – Darcie Dolce will be signing at the Black Label Magazine booth at this week’s Exxxotica Portland expo, where she will be selling her own merchandise and signing copies of the magazine which featured her on the cover.

Darcie has long and strong history with Black Label, appearing in the new issue (#12) and featured on the cover of issue X, which was published last summer.

“Darcie is a true powerhouse in the adult industry, starring in award winning films and herself earning some of the highest honors in the adult film industry,” Black Label publisher/director photographer Lincoln says. “Darcie Dolce is an amazing model, insanely beautiful, and uber-talented outside of the adult and model world. I’m honored to have had Darcie want to shoot with me and appear in Black Label Magazine and look forward to featuring her at our booth at Exxxotica and featuring at the after-party.”

Yes, Darcie will also be feature dancing at the Exxxotica After Party at the Kit Kat Club sponsored by Black Label on Saturday night.

Exxxotica Portland will be held June 7-9 at the Portland Expo Center, 2060 N. Marine Dr, Portland, OR 97217. For more information go to https://exxxoticaexpo.com/location/portland-or/.

For more on the after party go to https://exxxoticaexpo.com/after-parties/kit-kat-club-official-saturday-night-vip-after-party/.

Darcie is nominated for Girl/Girl Performer of the Year at the 2019 XRCO Awards and also starred in two movies that are up for awards, Lady Boss (Girlsway/Girlfriends) for Best Comedy and Lesbian Performers of the Year (Elegant Angel Productions), nommed for Best Girl/Girl Series. The 2019 XRCO Awards will take place in June in the Los Angeles area. Date and location will be released soon. For more information follow @XRCOAwards or visit www.xrco.com.