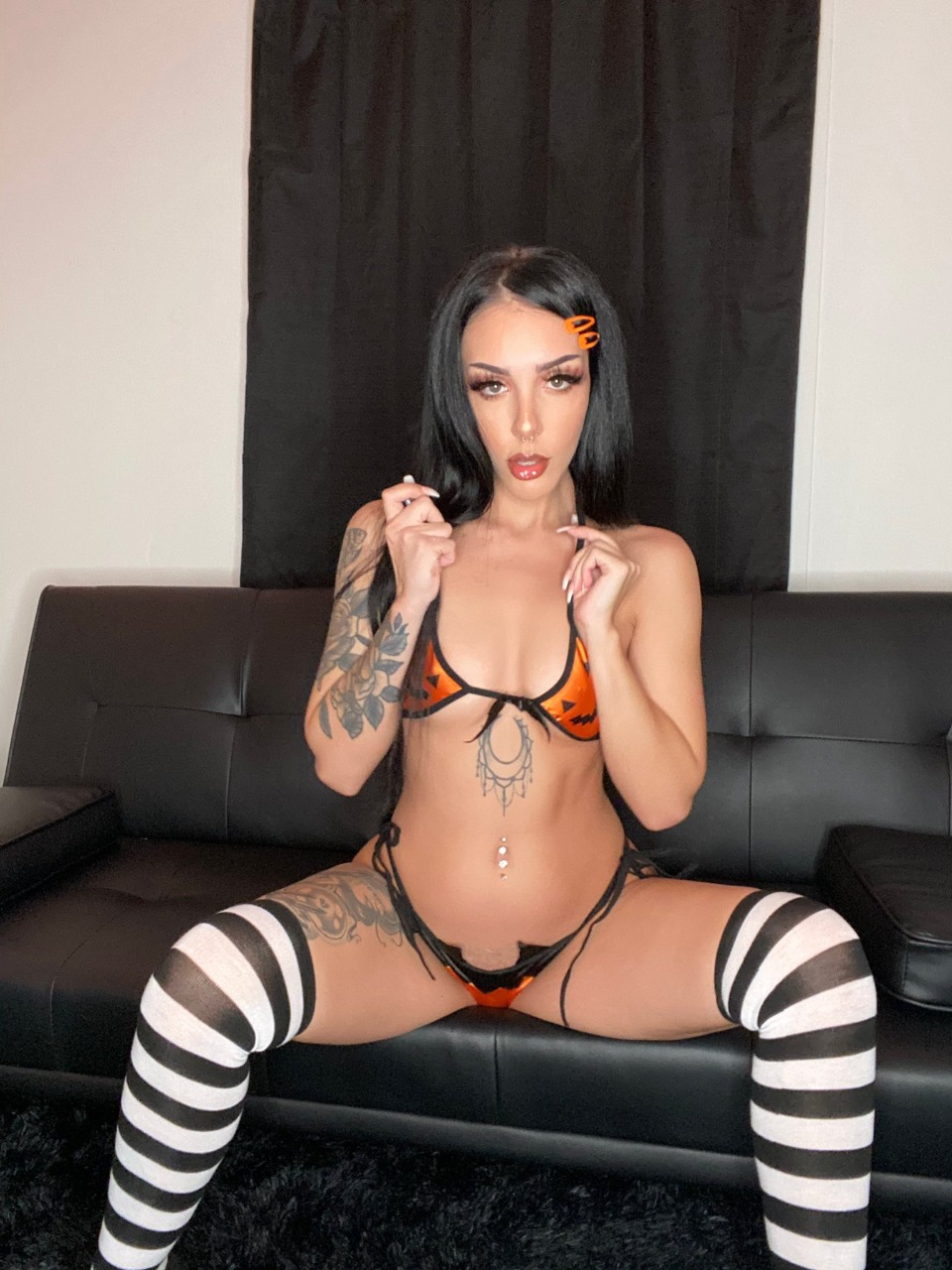 Sex With Ex-Boyfriend’s Dad Isn’t the Only Wild Highlight!

HOLLYWOOD – Roxy Rain recently sat down with Captain Jack and this young lady has plenty of tales to tell. She has a new interview at AdultDVDTalk conducted by the great Captain Jack. She long wanted to be in the adult industry and when she did, she took her mom’s former dancer name, Roxanne, and broke it into Roxy Rain.

The 24-year-old grew up in a small town but has grown into “a huge city girl.” It’s not easy being a horndog in a small town, there are so few options, but Roxy seems to have gotten by. The self-proclaimed “huge fucking slut” lost count of how many people she slept with, and it seems she did it all even before she got into the adult industry: guys, dolls, threesomes, and even some inappropriate relationships along the way. Like that thing with her ex-boyfriend’s dad.

“I shouldn’t say too much, though,” she told Captain Jack with a laugh. In summary, she and the guy broke up but then she slept with his dad. Twice. And the ex-boyfriend found out and wasn’t happy. It seems his dad has a bit of a track record doing this kind of thing.

There was also the time a just-18 Roxy and her friend were at a party and they were going to get fucked by a trio of guys, but the friend got sick so Roxy “took one for the team” and took them all on.

“I had sex with one of my favorite artists at a party after his concert,” she said. “It’s kind of funny because I was giving head to the opener first, then I ended up with the main act later on in the night. It was fun night and my friend was there hyping me up and encouraging me during the sex! I’ll never forget that night.”

Read the ADT interview with Roxy Rain at https://interviews.adultdvdtalk.com/roxy-rain/.

Roxy is represented by Hussie Models, the only talent agency licensed and bonded in both California and Florida. For more information and to book Roxy go to https://hussiemodels.com/portfolio-item/roxy-rain/. Her Twitter is @RoxyRainxx and OnlyFans is https://onlyfans.com/roxyrain. 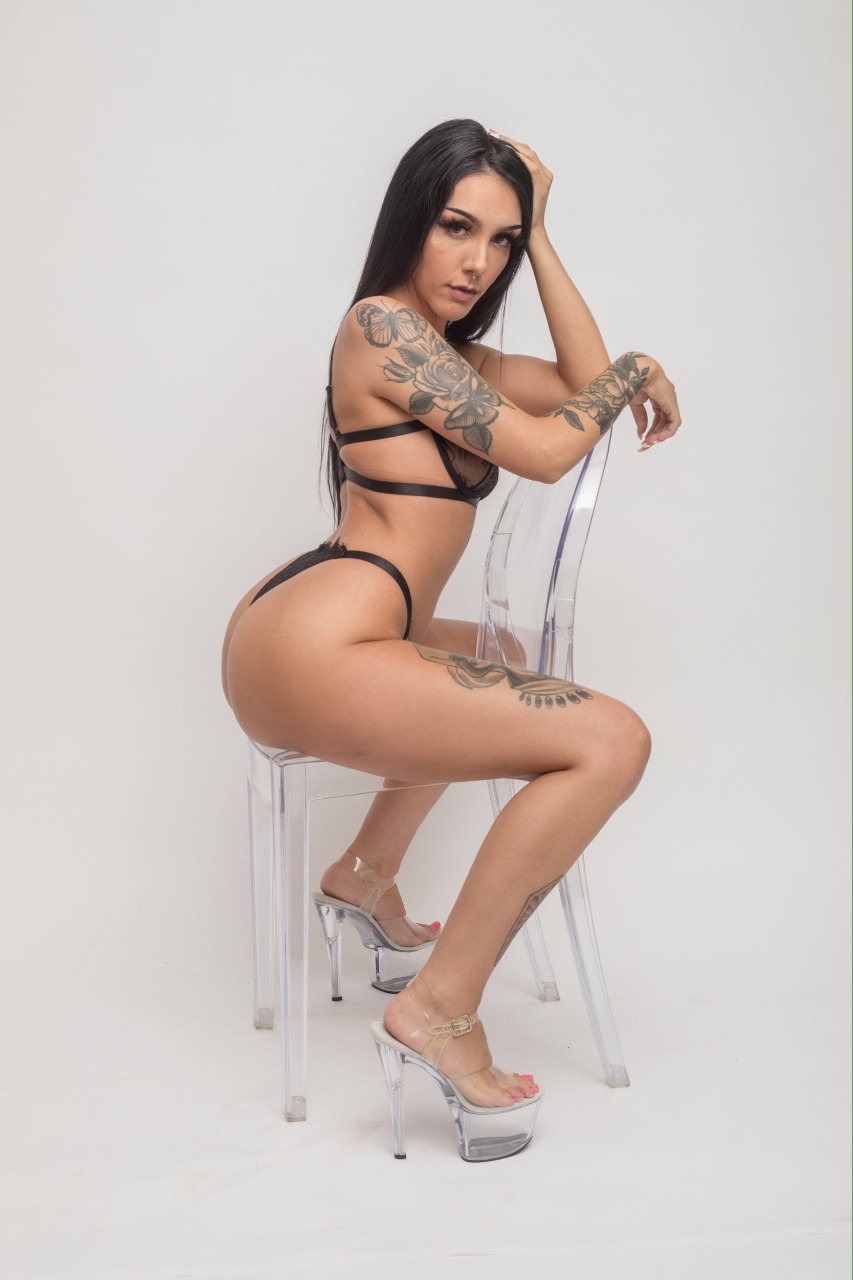 VENICE, CA – Romi Rain fans went crazy from the moment they found out Jules Jordan was making her the center of a Darkside project. A few weeks of anticipation with the release last week of Romi Rain Darkside and both fans and critics are thrilled.

XCritic issued a Highly Recommended review by Don Houston, who wrote that there is a “a whole lot of diverse fuck for the buck.”

“The production was really strong courtesy of Romi Rain’s appeal on so many levels so I rated it as Highly Recommended,” Houston wrote. “Romi’s hordes of slavering fanboys will consider this a must-have double-disc set for all sorts of reasons, but there was no denying that the director brought out the best she had to offer. In short, Romi Rain Darkside was another exceptional starlet showcase of a top notch performer a great many industry insiders find to be more than just a great piece of ass, the lady providing a mystique or allure that continues to win her over many more followers so check it out.”

Bono-ONE at Adult DVD talk gave it 4.5 out of 5, calling it “as good a one girl showcase title as you are likely to see this year.”

“Romi was engaging, energetic and from start to finish one wild fucking machine!” Bono-ONE writes. “A must-have no doubt for Romi Rain fans as she delivers a few things in this release that should please all of them.”

Romi’s other just-released showcase, The Sexxxploitation of Romi Rain, is also getting amazing reviews. Houston reviewed that one for XCritic, issuing a XCritic Recommended review.

“If you’re a fan of Romi’s, you are probably a member of her website and have seen this content before,” writes the Captain. “If you’re new to the sexy brunette or are on the fence as to whether you should join, let this collection be the push that puts you over the top.”

The crunchy Captain also interviewed Romi recently and it has just been posted. They talked mostly about Darkside and her still-new career.

“It’s exciting,” Romi said of her new showcase from Jules Jordan. “That’s my first showcase and it’s my biggest movie to date. I’m still trying to wrap my head around it. I’m still really excited and kind of losing my mind over it. I’m excited and relieved and pleased that everything came to be. I’m happy with it and proud of it. It’s been a really good year.”

There is an exclusive new BJ scene and shower tease on RomiRain.com this week. Check www.RomiRain.com for new updates every Friday.

Read the entire ADT interview with Romi at http://interviews.adultdvdtalk.com/romi-rain-darkside/. VENICE, CA – There are a bunch of hot new interviews with Jessa Rhodes coming out and one of the best is from AdultDVDTalk’s Captain Jack.

“His dad walked in during the middle of us having sex,” she says about her losing her virginity. “He didn’t speak English, so they started yelling back and forth at each other in Spanish. I said, ‘What the fuck was your dad saying?’ I guess he was making fun of the guy because earlier he had said we’re just really good friends and his dad was yelling, ‘Yeah, you’re really good friends!’ I’m literally on my back with his dick in me when he walked in.”

Here are some other teasers from the interview:
• “When I was in cheerleading, I noticed that if I bent over in a certain way, boys would come up and ask if I needed anything.”

• “I was always the first girl when we went down to the river to take my top off and jump in the water.”

• “To this day, I hope I see one of my teachers because I’m going to fuck the shit out of him.”

• “I pretty much get off in missionary but I have to have doggie first because I like the dominating factor first.”

• “Me and my lawyer were talking about a project to raise some money to go to Asia to buy enough land to breed and repopulate tigers in an environment that is not a sanctuary.”

Read the ADT interview with Jessa at http://interviews.adultdvdtalk.com/jessa-rhodes-interview/.

Profane Clothing is shipping Jessa’s new t-shirt and tanktop and all the proceeds will go to the Christy Mack Fund. For more information go to www.profaneclothing.com/pages/profane-donates-to-christy-mack-donation-fund.

Fans who would like to score outfits that Jessa has worn in movies can email her at jessascloset@gmail.com. Let her know your interests or specific outfits from movies you like she will let you know what she have available.

Vote for Jessa in the 2014 NightMoves Awards at http://nightmovesonline.com/voting/index.php?sid=82189&lang=en.

VENICE, CA – The ascension of hot young starlet Carter Cruise continues as she breaks away from the pack with big roles and stellar reviews.

Among the notices in recent days is a 4.5 star review of Meet Carter Cruise from Captain Jack at Adult DVD Talk and he is not shy in his accolades.

“WOW! What a great feature showcasing the lovely Carter Cruise,” the Captain writes. “The insatiable sexpot put in four fantastic scenes. This is a girl who really enjoys her job and it absolutely shows on screen. She had fun for every minute of this release. Carter has a great body and the camera work throughout this feature is terrific. Every tease is fantastic and every sex scene will have you reaching for the tissue. I can’t say enough good things about this feature. Fantastic from beginning to end!”

Over at XCritic, Sex Reed took in My Sister Has A Tight Pussy and turned out a Highly Recommended review that had nothing but wonderful things to say about Carter.

“Carter Cruise is a sexy blonde, with a furry, dark pussy,” Reed writes. “I think she’s my favorite star in this film because it’s a big turn-on the way that she knows what she wants from the beginning of the scene and makes sure she gets it. She was loud, and gorgeous, and she appeared to love the fucking she was getting in this scene. She’s fairly new to the adult industry (less than a year since she shot her first scene), but I hope she has a long career ahead of her. I can’t wait to watch her in more scenes in the near and distant future.”

Carter has a nomination for Best New Starlet for the 2014 NightMoves Awards and starred in two movies that also featured her on the box cover—Happy Anniversary (New Sensations) and Our Father (Digital Sin)—that received nominations. Happy Anniversary is up for Best Feature Production, while Our Father is in the running for Best All Sex Release.

Vote for Carter in the 2014 NightMoves Awards at http://nightmovesonline.com/voting/index.php?sid=82189&lang=en.

Read the Meet Carter Cruise review at www.adultdvdtalk.com/review/meet-carter-cruise. The My Sister Has A Tight Pussy review can be found at www.xcritic.com/review/41057/carter-cruise-my-sister-has-a-tight-pussy/.

Check out the trailer for Meet Carter Cruise at www.newsensations.com/tour_ns/trailers/.

Check out her ADT interview at http://interviews.adultdvdtalk.com/carter-cruise/.

VENICE, CA – Directors and producers looking to book Ryder Skye should not be confused if they see her on the website of an agency: Make no mistake, Ryder is booking all her own scenes now.

She has been doing her own booking for months now and has scored some great scenes. Still, it seems she continues to run into people who are trying, unsuccessfully, to book her through agencies.

“I’ve been taking care of my own booking for quite a while now,” Ryder said. “I know it’s confusing for people when they see me listed on an agency’s site and I want to get the word out once and for all that I am the one and only contact for booking my scenes.”

Ryder can be booked at bookings@ryderskye.com.

“It was the first big, big decision that I made for myself,” she says. “When I finally did, I was absolutely sure. I knew that this was going to make me happy. And that’s the most important thing in life, that you’re happy. One of my best friends stopped speaking to me for a little while because she’s in politics and she didn’t think she should be close to me. So I waited her out and a little later, she actually came to me and apologized. Choosing to do porn was something I was doing for me, I was confident with my decision and that was all that mattered. Everyone else would just have to deal with it.“