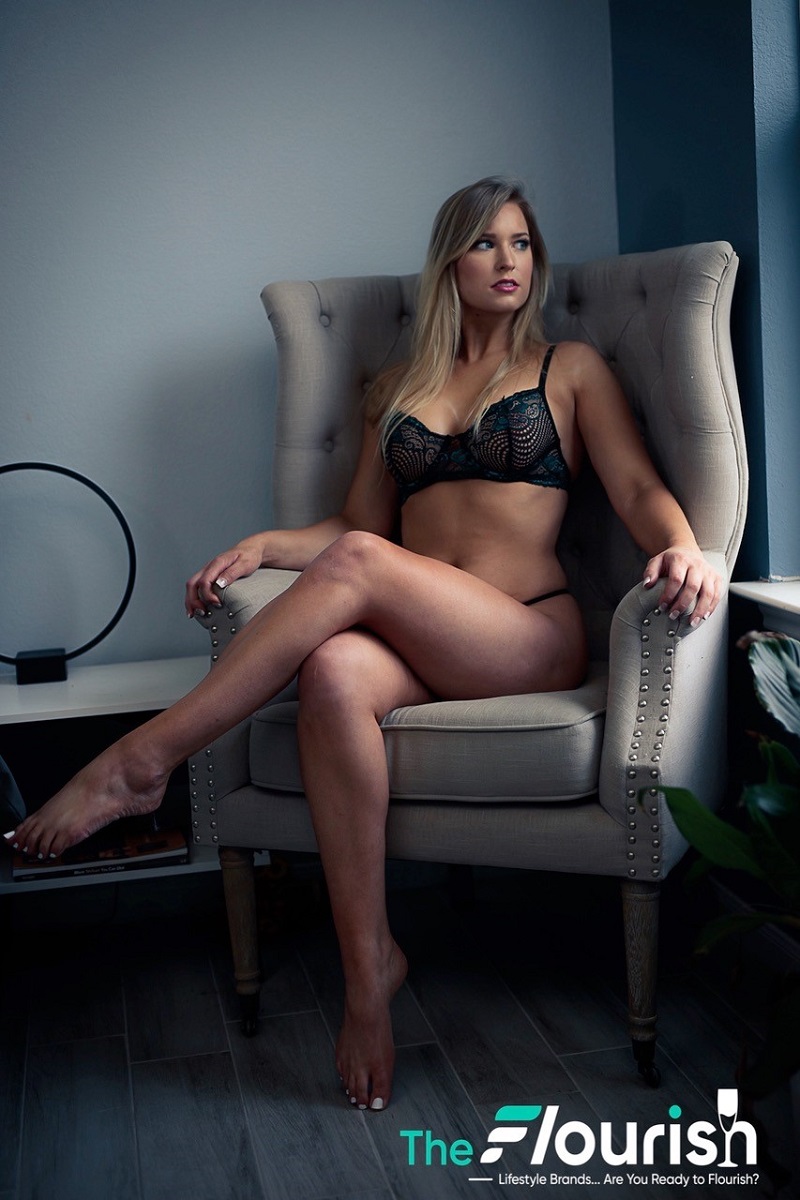 the Wildest Time of Her Career

Signed to The Flourish, Daisy can still shoot with other companies as part of her deal. From the minute he laid eyes on her, CEO TJ saw her true potential. According to him, their chemistry is paying off.

“I know when I met her and we signed her to a brand management deal she was special,” said TJ. “She had an idea, and I came up with the vision. Love a plan when it comes together as teamwork makes the dream work. A true statement as I have ever heard.”

See it now at https://tour.theflourishxxx.com/trailers/Daisy-Diva-1st-BDSM-Gangbang.html. 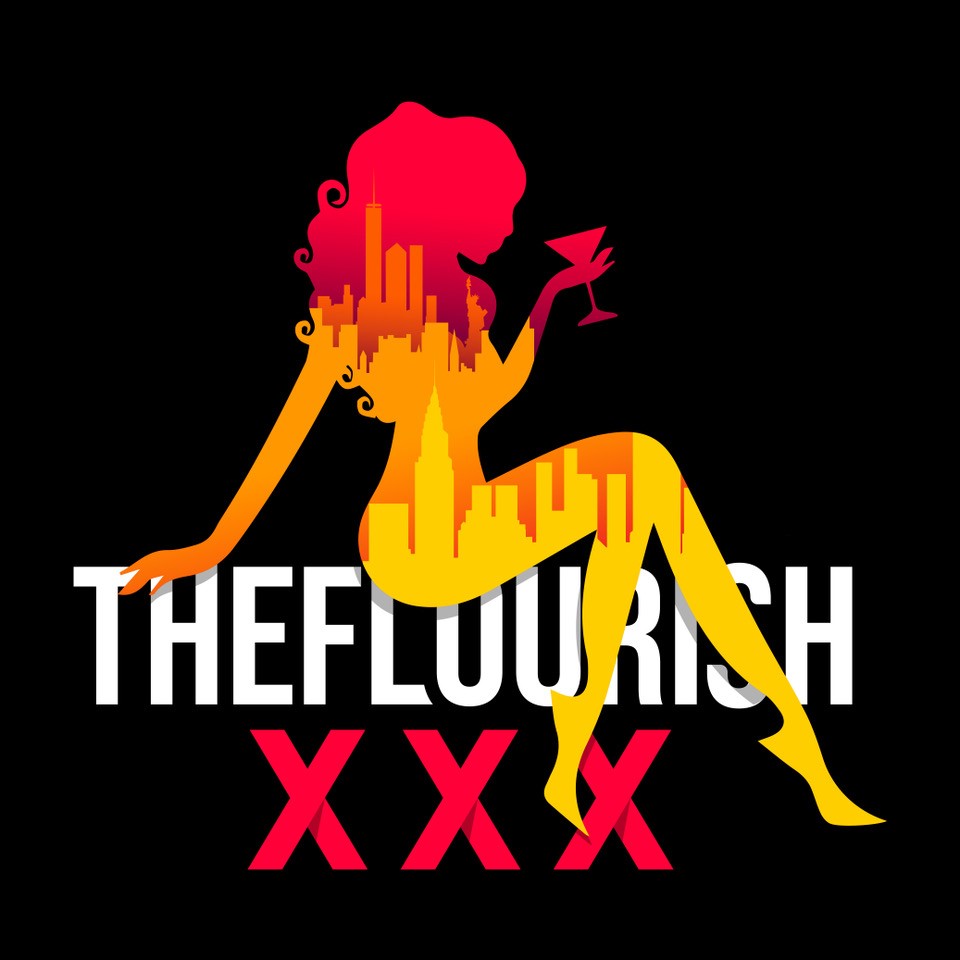 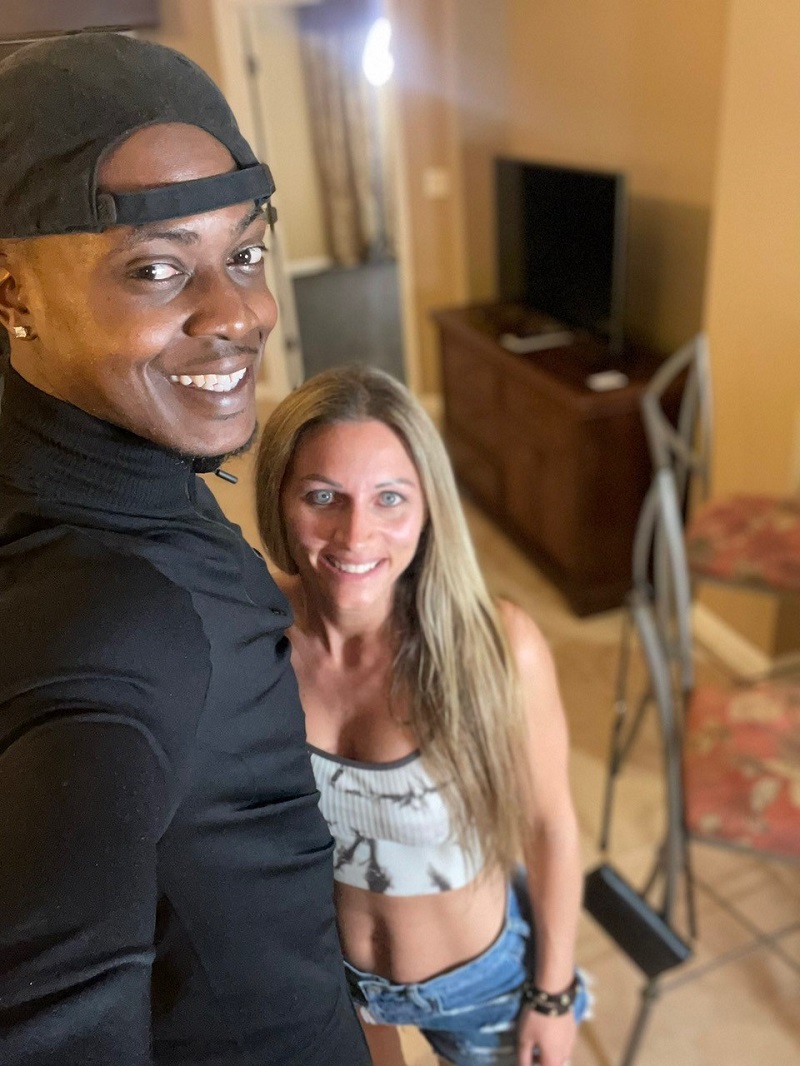 HOLLYWOOD – Flourish Amateurs has a hot new release out today. The star goes by Lani Rails, but most know her as HotSouthernFreedom. HotSouthernFreedom VS Brick Cummings stars petite but top-heavy blonde beauty Lani, enjoying herself on Brick’s thick prick! By the end of the shoot, the talented lover was ready to permanently turn in her amateur card and go pro!

“I loved shooting with Brick and hope to do it again real soon,” HotSouthernFreedom said. “It took us sometime to organize it but so glad it came through. He really knows angles and tempo. I read off my shoot partners energy and his was intense but controlled at the same time. I am also glad that The Flourish’s TJ took an interest in me because I am ready to go to the NEXT LEVEL!”

“This shoot we did for our platforms was amazing,” said Brick. “HotSouthernFreedom was out of this world. Once we started it was about a 50 min nonstop and we took one 2 min break. Our chemistry was on point. Everyone should go checkout this scene in both our OnlyFans and/or Flourish Amateurs!”

See it now at https://tour.theflourishamateurs.com/trailers/HotSouthernFreedom-VS-Brick-Cummings.html.

See it now at the following links: 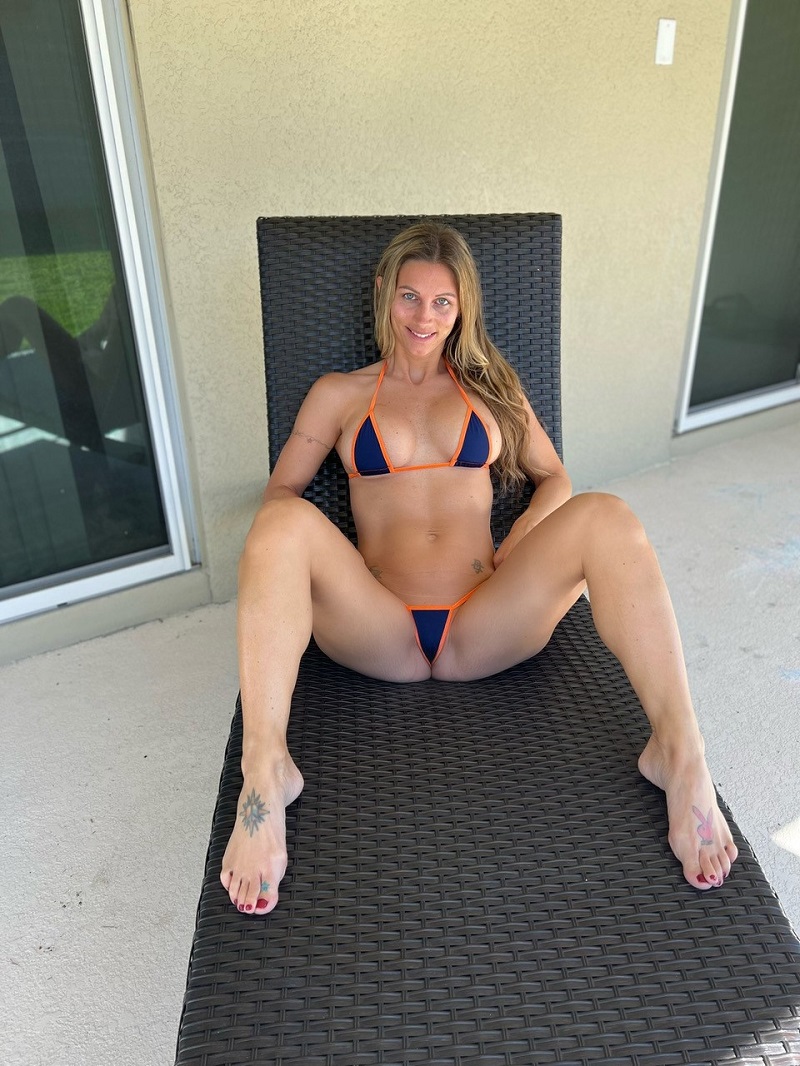 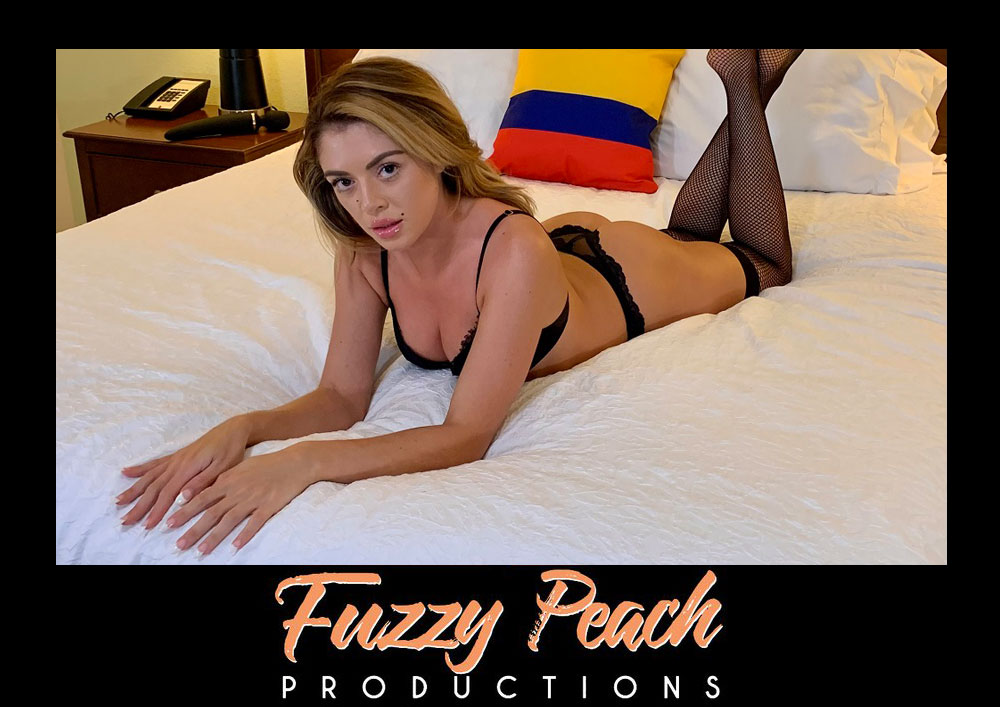 ORLANDO, FL – Fuzzy Peach Productions is proud to announce Vivianne DeSilva has agreed to be their first Brand Ambassador! The gorgeous Latina helped the company kick off their Latina Desire series earlier this month. Based off the scene’s performance, helpful attitude, and fan engagement, owner Jayson Knight knew she’d be perfect for the gig.

The thriving Florida-based content company has seen their audience grow by leaps and bounds this year as director Jayson Knight increased his output with new series and monthly drops. Shot in Cartagena, Vivianne’s scene opens on the flight to Colombia, with viewers enjoying the enchanting landscape of the country, then transitions to the breathtaking beauty teasing and pleasing her lover with her world class oral skills!

“I had a great experience and wonderful time shooting for Fuzzy Peach Productions,” said Vivianne. “I’m very excited to be the first brand ambassador for this company!”

Fans can enjoy all of Jayson’s work on ManyVids at https://www.manyvids.com/Profile/490014/Fuzzy-Peach/Store/Videos/ and on Clips4Sale at http://clips4sale.com/99135.

Vivianne can be followed on Twitter at @ViviannedeSilva and on Fansoda at https://www.fansoda.com/viviannedesilva. Visit her model page at AMA Models https://amamodeling.com/project/vivianne-desilva-2/ and book her on the East Coast through her agent Team Brian. Visit her model page at 101 Modeling https://www.101modeling.com/site/talent/view.php?t_id=1441&pageType=profile for West Coast bookings. 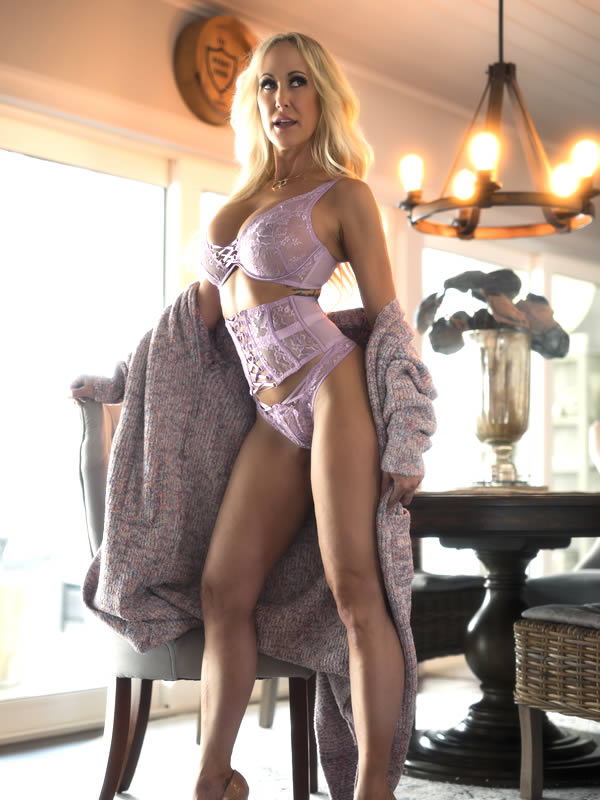 “I have plans to shoot more content than I ever have in 2022,” Brandi divulged. “A combination of exclusive scenes for my OnlyFans with a nice mix of pro scenes. Two of our renovations will come to an end, and I have every intention of enjoying a balanced year!”

Last week Brandi Love revealed her Fuck a Fan contest was going great and that round two would soon have her picking a lucky stud from among her followers to do the honors of starring in a new scene with her on her MeetBrandi.com.

“I can’t wait to do it again!” Brandi exclaimed. “If you’re not already a member, now is the time to sign up!”

For more info on the contest, visit MeetBrandi.com.

For those who just can’t wait, pick up her Fleshlight at a ten percent discount for her birthday this month by visiting http://handybrandi.com and using the code: MARGIRLS at checkout. Hurry! Time is running out!

Brandi still has one more day left in her March 2022 cam schedule on Camsoda!

See her live at http://camsoda.com/brandi-love.

Catch up on all her content on Onlybrandi.com! Sign up now at Onlybrandi.com and see her amazing new content, get in on the red-hot raffle, and more!

Buy her new collection of branded merch on Fangear.vip and bid on her outfits at https://www.mysexyauctions.com/model/brandi-love/. 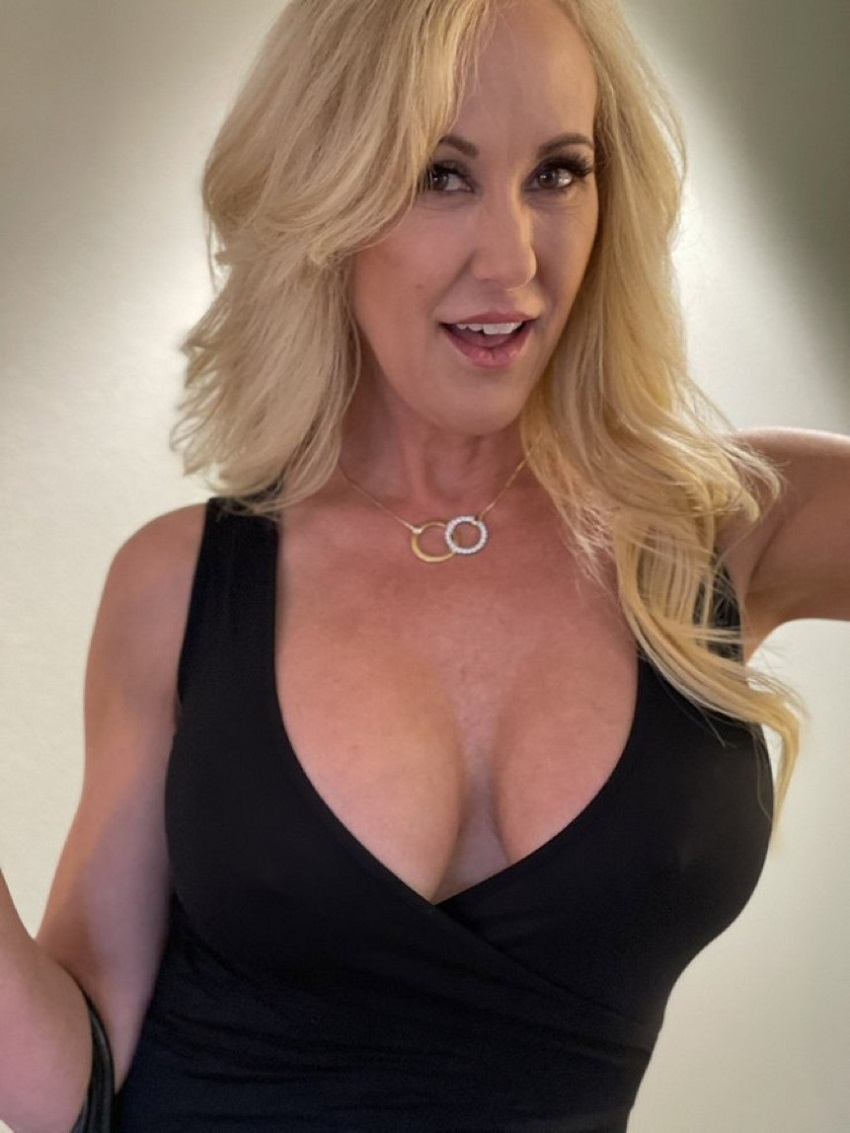 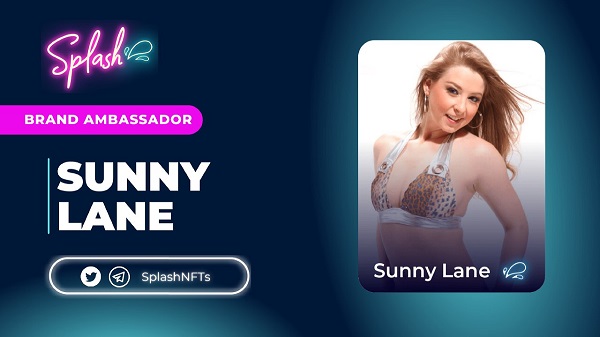 “I’m so proud I could be part of such an amazing group of artists and to attend the festival in person,” said Sunny. “It’s a joy being able to share new ideas, technology, and art with a vibrant community of new frontier creators and dreamers. Thanks again Defintasy for having me!”

First held in 1987, SXSW is renowned for celebrating music, tech, film, and culture. For a more detailed wrap up of this year’s show, visit https://www.sxsw.com/news/2022/see-you-next-year-sxsw-2023-dates-announced/. 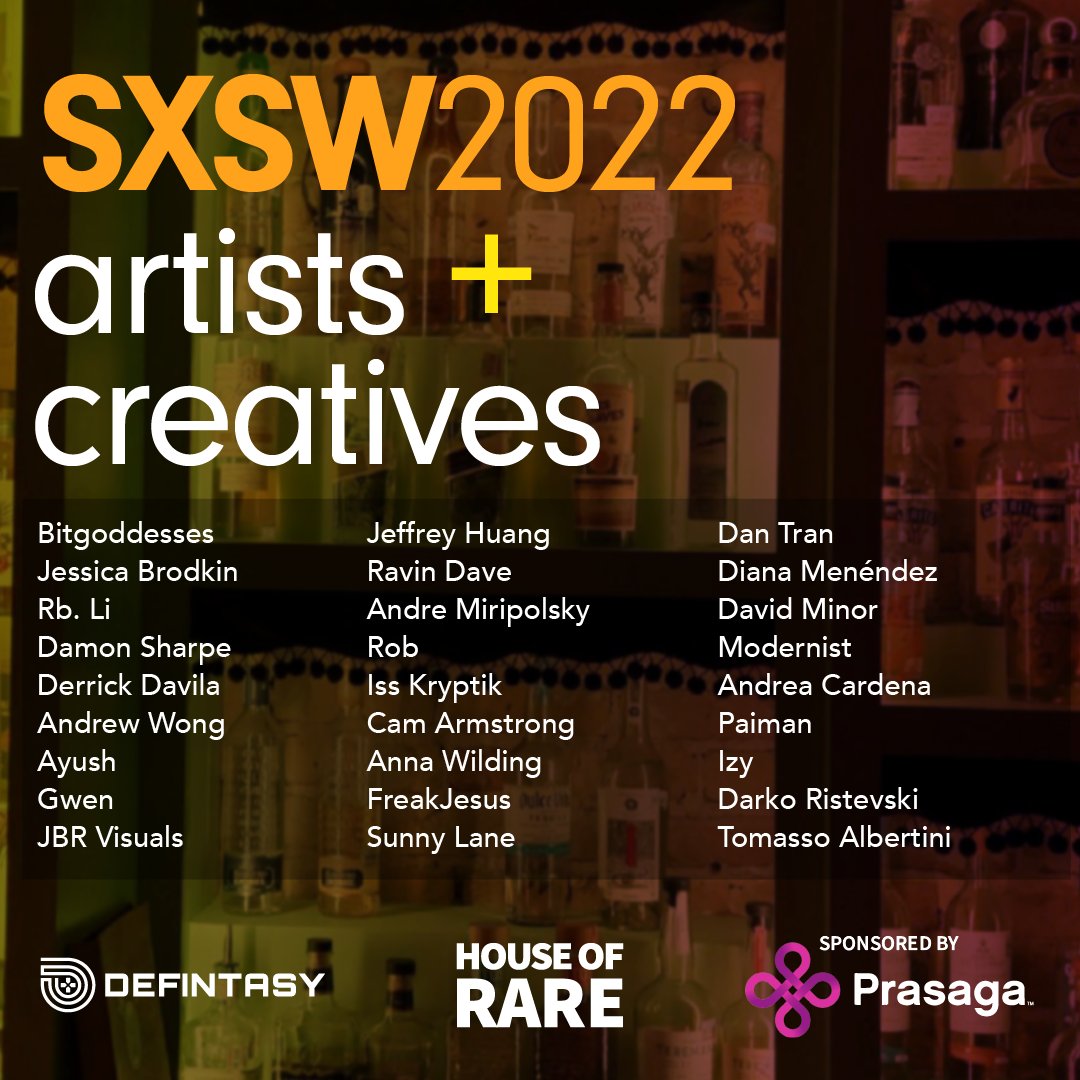 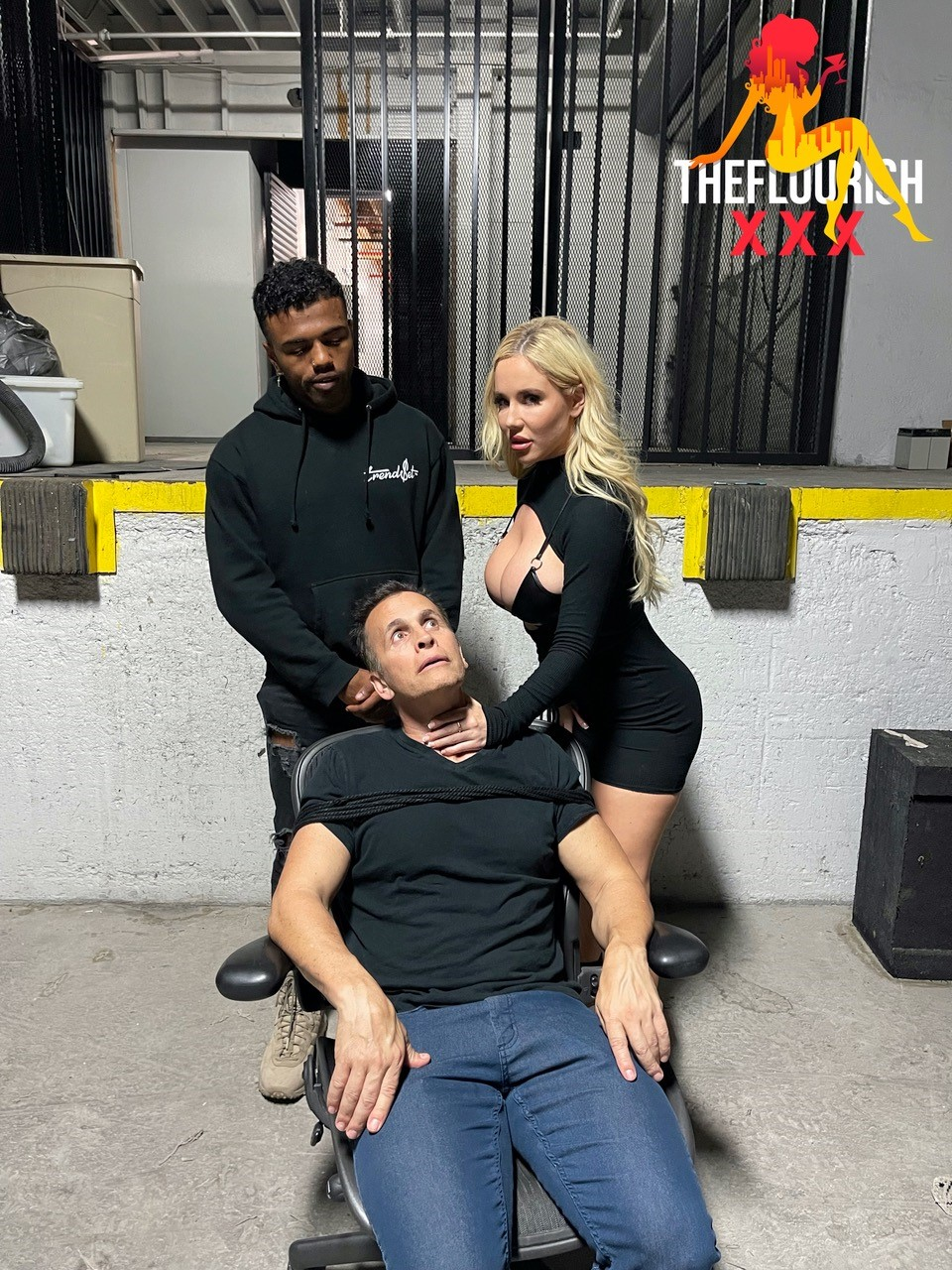 And because they’ve got his organization running on all cylinders, he’s got a special surprise for them – a former colleague who didn’t get out of town while he still had the chance! Keith tries to resist but he’s tied up and both Troy and Savannah rough him up a bit to teach him a lesson.

After, the two sexy performers find themselves relaxing upstairs, in the lounge of the warehouse office. The sexual tension between the two of them is palpable as Savannah tells Troy it’s been months since she’s been fucked and how bad she needs some good dick in her life. Troy knows just how to help!

In the post scene interview the two assure viewers that the acting stopped once the sex started!

Her costar was quick to agree.

“My mood was fantastic,” said Troy. “The action with Savannah was great. TJ and crew were a pleasure to work with!”

TJ knew this scene was just going to hit different when people saw it.

“The sex was insane,” TJ said. “They took turns as if it was a boxing match. I had never seen two people sweat like that it was such fire and passion. I know our shoot was the first time they actually ever met and I think the BTS that we put out sort of began a wave of Savannah and Troy, which is dope in itself.

So, everyone needs to see what set up the dynamic pairing of those two. Also shout out to Talon who was scene support and has many years of experience. He shot another scene support coming out soon as well!”

See it now at https://tour.theflourishxxx.com/trailers/Captured-Episode-8-Savannah-Bond-and-Troy.html.

See it now at https://tour.theflourishfetish.com/trailers/Daisy-Diva-gets-BDSM-Chamber-by-MrFlourish.html 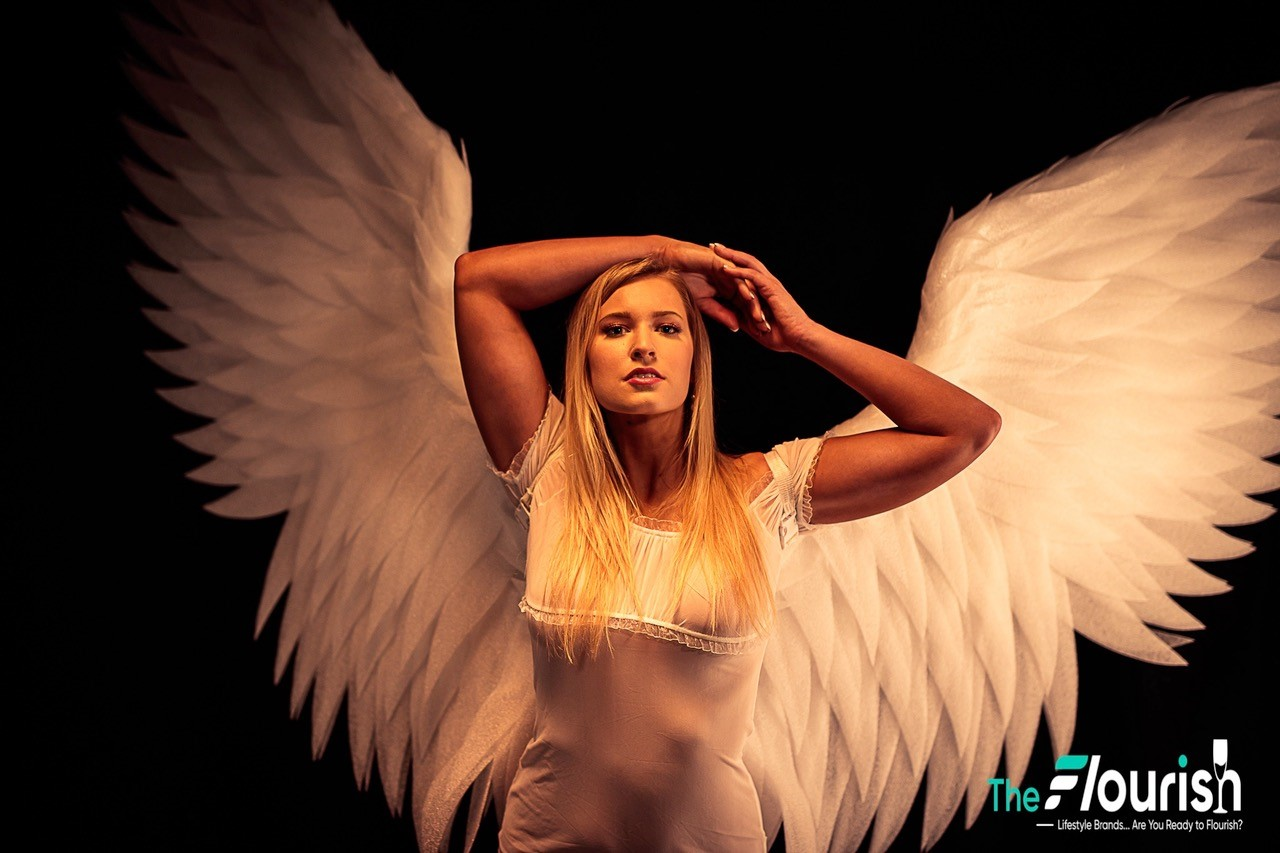 HOLLYWOOD, CA – Over the last decade, millions of fans around the world have dreamed of fucking award-winning adult superstar Brandi Love in her hot, tight, wet, pink pussy – many while watching her incredible content and using her custom Fleshlight. Now one lucky winner has already done just that, and another will get the opportunity to go all the way and experience the real thing in April!

Last month Brandi told her fans, aka Lovetroopers, that she was serious about holding a Fuck a Fan contest and filming herself with the winner for her site. True to her word, she did just that, blowing fans minds as she picked a lucky stud from among them to do the honors of starring in a new scene with her on her MeetBrandi.com.

Emboldened by her positive experience, Love continues the sexy fun with another Fuck a Fan follow up picked from her members. Each month fans stay signed up gets them an extra entry into the contest. The next winner will be picked and named next week so if you’re not already a member, now is the time to sign up!

“It went amazing,” said Brandi. “It couldn’t have been better. Now I can’t wait to do it again!”

For more info on the contest, visit MeetBrandi.com.

For those who just can’t wait, pick up her Fleshlight at a ten percent discount for her birthday this month by visiting http://handybrandi.com and using the code: MARGIRLS at checkout. Hurry! Time is running out!

See her live at http://camsoda.com/brandi-love.

Catch up on all her content on Onlybrandi.com! Sign up now at Onlybrandi.com and see her amazing new content, get in on the red-hot raffle, and more!

Buy her new collection of branded merch on Fangear.vip and bid on her outfits at https://www.mysexyauctions.com/model/brandi-love/.

“Captured started out blazing hot with intense scenes from Jax Slayher, Jovan Jordan, Troy Francisco, Indica Monroe and our own Mr. Flourish as head of a crime wave,” TJ said. “At that time the other main series Flourish University (FU) got off to a slower start. But then came the tidal wave for FU with the likes of Blake Blossom, Eliza Ibarra, Tommy King, Lacy Lennon, Gia Derza and Flourish University was going viral in some scenes.”

With all cylinders firing, The Flourish is ready to break records this spring by sticking to the formula.

TJ went on to share more on the nature of that scene and the Captured series itself.

“There is chaos, car chases, twist and turns, and crazy sex,” he said. “Early season one and midway the guys were ‘capturing’ the girls. By the end of season one and a the start of season two the girls take over and flip the script. It’s Adult Cinema in a Flourishing Way!” 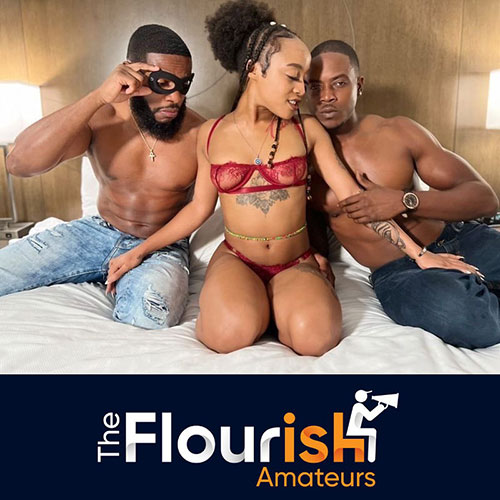 ng perfected their technique together in their previous scene, the boys take it to the next level on Mena, cramming her creamy little cunt full of a double dose of dick! Always up to explore kinky new stuff, Mena daydreamed about taking two king sized cocks at once in her silky snatch. When the time came to turn her dreams into reality, the stunning seductress said she absolutely loved every second of it!

“I was always curious if I could do a DVP so I was up the challenge,” said Mena. “It was so freaking awesome! We hit a groove in filming where my alter ego took over and you can see it in the scene!”

“Shooting with Mena was fucking amazing,” Brick said. “It was an excellent performance, great energy, great vibe, all the ingredients for a dope scene. Mena impressed the hell out of me.”

“Mena surprised the fuck out of me,” added Massage By Black. “I didn’t think her little pussy could take me and Brick at the same time. She is a trooper!”

“I loved working with Brick and Black,” Mena concluded. “Thanks to The Flourish for giving us all the support as content creators!”

According to TJ, Amateurs is flourishing more than the rest of their impressive sites!

Experience it now at https://tour.theflourishamateurs.com/trailers/Ebony-DVP-Threesome-of-Mena-Carlisle-by-Brick-Cummings-and-Massage-by-Black.html. 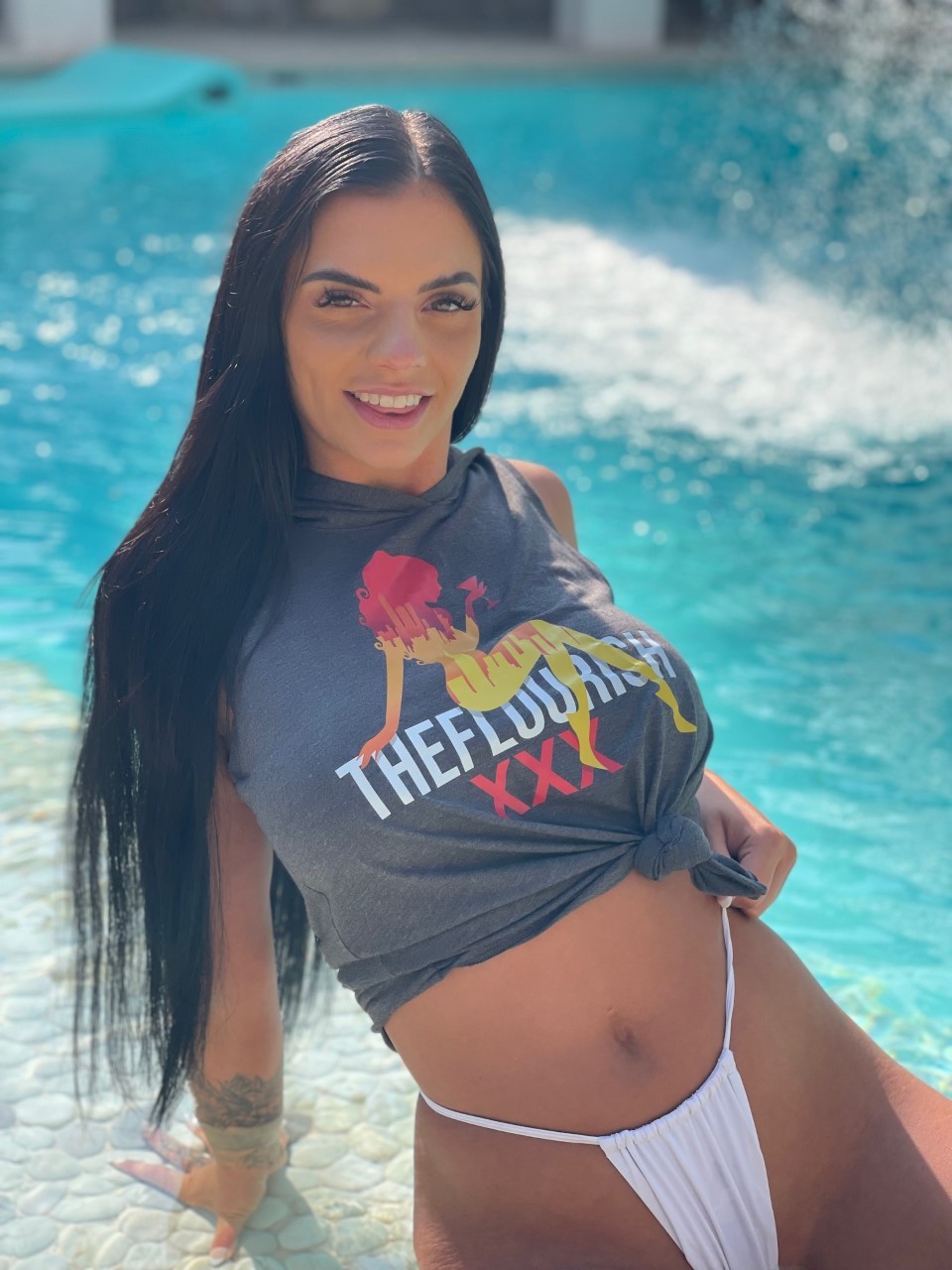 Turns out the boss of the local crime organization believes she is stealing. He sends out

Air Thugger, who just finished shooting his second scene for the company, offered words of praise.

“The intensity was unique,” said Air Thugger. “The attention to detail on how the narrative came about too. Everyone was cool and easy to work with. And working with TJ was dope!”

See the tantalizing trio in action now at https://tour.theflourishxxx.com/trailers/Captured-Episode-7-Threesome-of-Desiree-Nevada-by-Air-Thugger-and-Oliver.html! 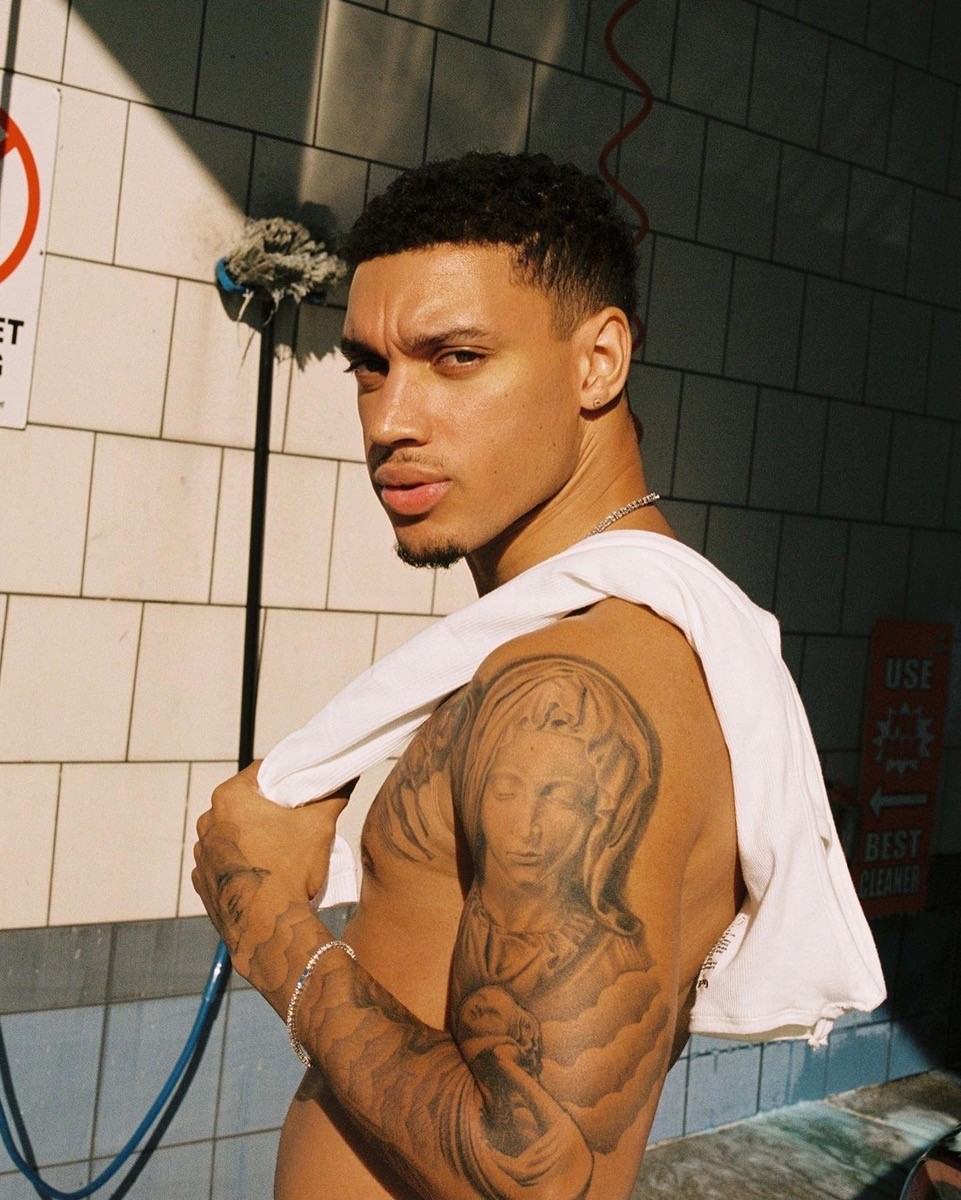 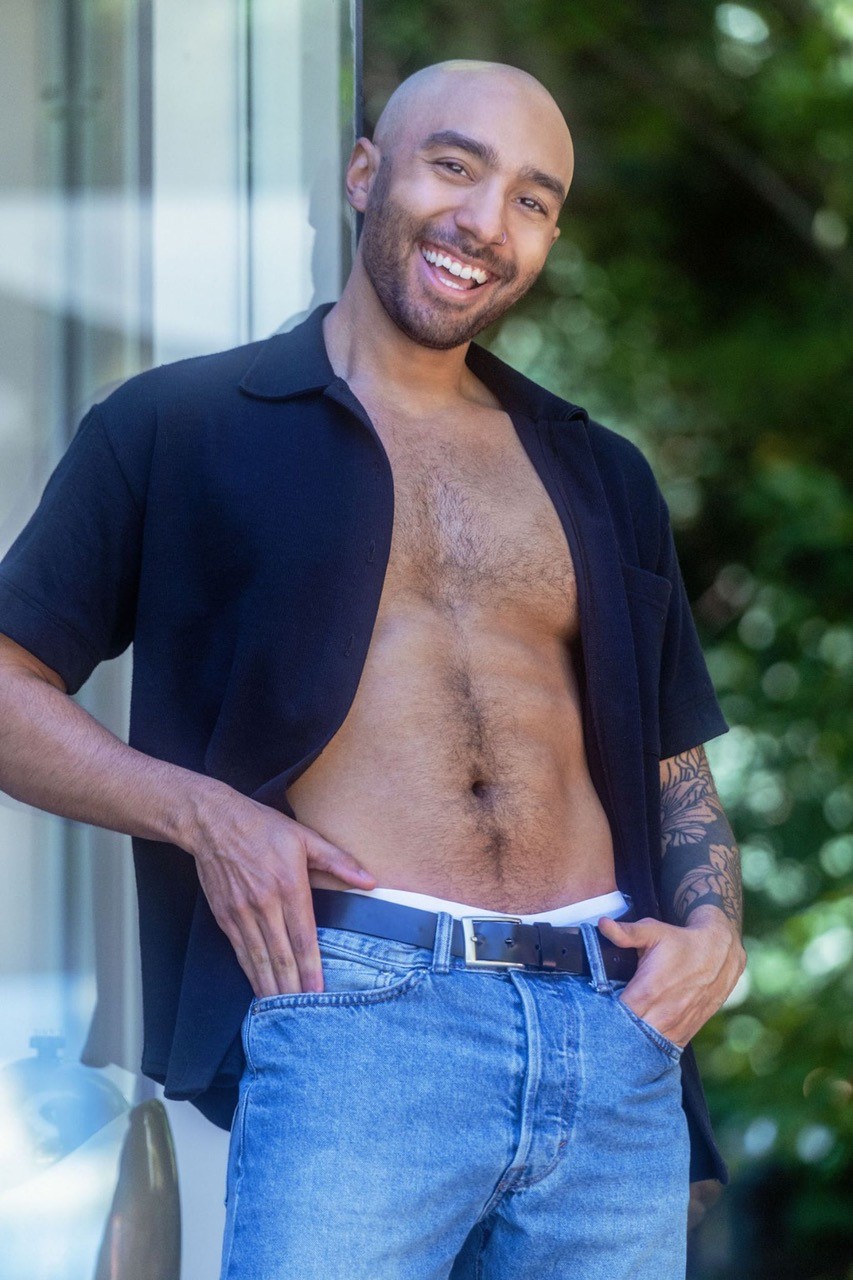