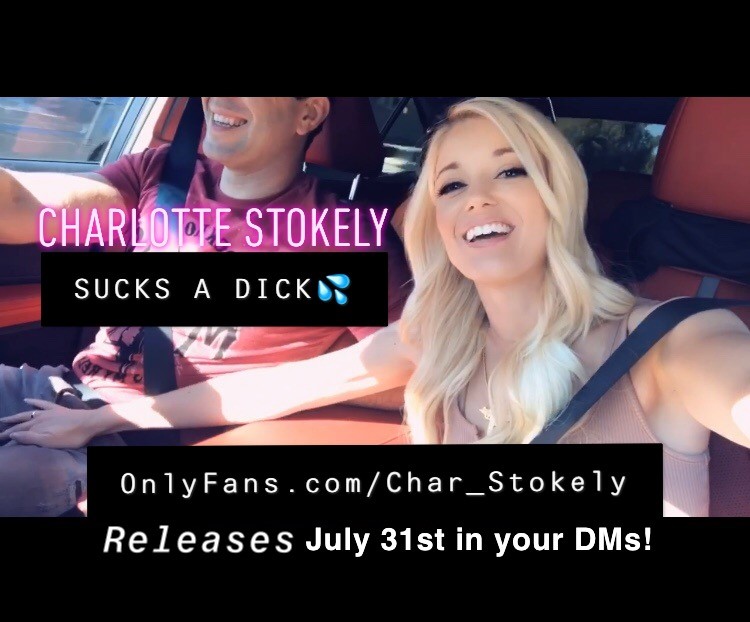 VENICE, CA – Over the past 10 years Charlotte Stokely has licked her way to top, becoming the top girl/girl performer of her generation and entering the hallowed AVN Hall of Fame for her fine work with the ladies as well as her acting acumen.

“We’re driving around in the car and pulled over and I sucked his dick while people walked by on the sidewalk,” Charlotte says. “I’ve been having sex with girls only on camera for over a decade. I never wanted a boyfriend as I usually date women exclusively, but we became best friends and one thing led to the next and now we’ve been together almost 15 months! I thought my fans would like the chance to watch me suck a dick for them! This was a lot of fun to make. It wasn’t planned and he came twice!”

This is currently the only boy/girl content Charlotte plans to release, though she refuses to count out the possibility that she and Pounder may have additional spontaneous moments captured on video and shared with her OnlyFans in the future.

Check out this magical moment and many more on Charlotte’s OnlyFans at https://onlyfans.com/char_stokely.