Brick Danger Is a Fresh First-Timer in SeeHimFuck.com Scene 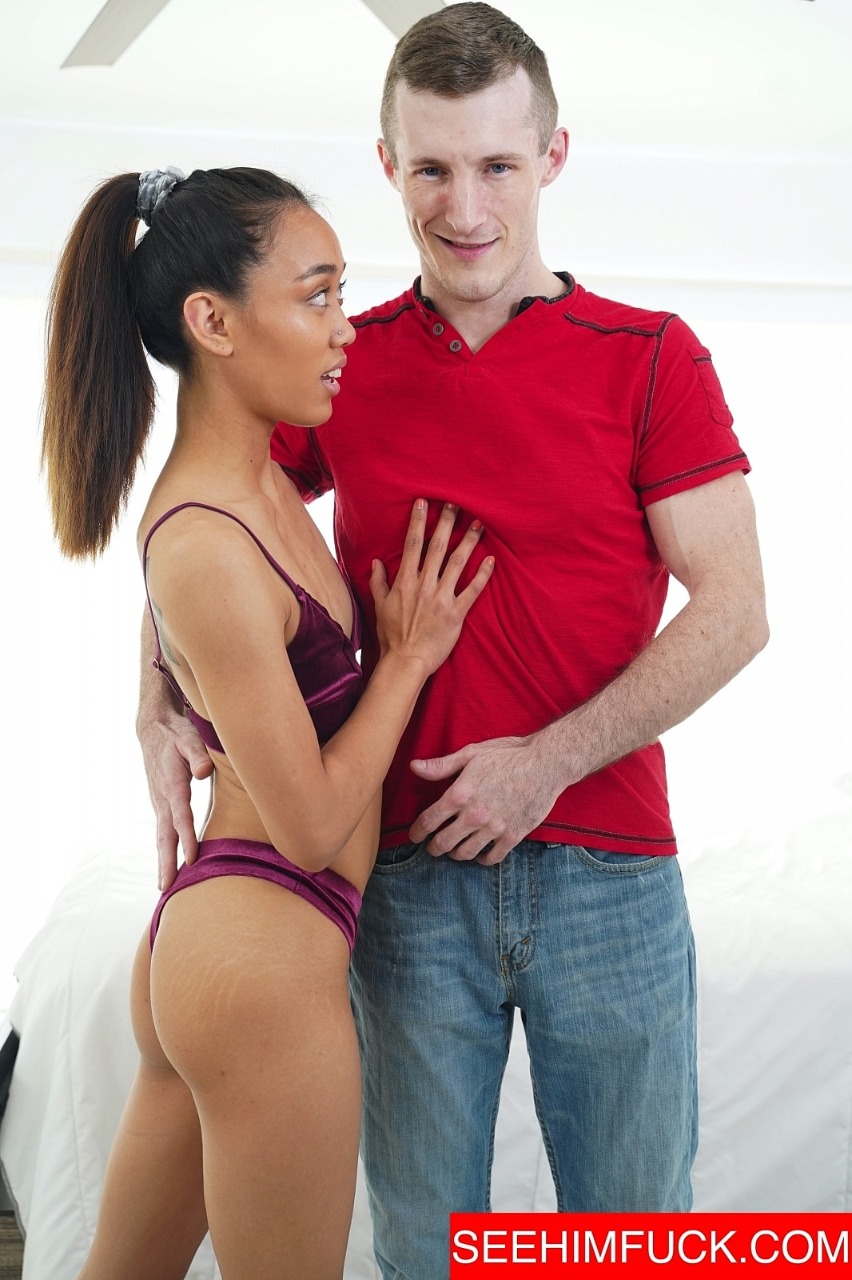 HOLLYWOOD – Brick Danger is all smiles in the opening minutes of SeeHimFuck.com’s “Brick Danger & His Dangerous Dick.” Maybe it’s the opportunity to show off in a way most adult content doesn’t allow for the guys or maybe he’s just happy to have Aria Skye worshiping him for the day. It is a pretty sweet prospect.

And show off he does! After he gets out of his regular-guy duds, we see him in red thong underwear (which matched his shirt and shoes) as he works his cock into a frenzy in the underwear and then unleashes it for serious stroking. Delicious Aria comes out and starts her work by lapping lovingly at one of his armpits, something they both seem to get a kick out of. Then she pulls out a bottle of oil and soaks Brick’s chest and has it running down his chest and stomach before cascading off his balls. Then she begins to slowly rub it in.

As she gets to his doused dong, she gives it long, slow strokes as she reaches between his legs from behind and grips his sack. She looks up at Brick and they share a smile, both clearly enjoying this man-play. Then Brick sits on the edge of the bed where he takes over cock duty as the Asian wonder licks his feet and sucks his toes. Brick watches in wonder, surely blown away by his luck: usually it’s all about the ladies and his needs would be met incidentally, but here he has a woman out to serve him and one who clearly enjoys the role reversal almost as much as he does.

Feel cleaned off and pleasured, Miss Skye moves on to his puckered rectum and gives it long, deliberate licks before really getting to work, getting lost in the process as he bends over for a rusty trombone. If Aria wasn’t in the high school band, it was their loss because she clearly knows how to play an instrument and hold a tune. When she finally gets some face time with his cock, we see a delightful blowjob from this up-for-anything cutie. She has the perfect mix of professionalism and playfulness and any man would appreciate her oral abilities. Brick certainly takes pleasure in the great work her tongue and lips put into her BJing.

Brick slips off to the shower for the traditional SHM post-screw interview. He cleans off his still-hard cock and makes it dance a bit. Asked how it went, he smiles: “Different. I liked it. You have to go in this mode as a male performer to shy away from the camera, it’s definitely a different mindset to engage with the audience.” He says he’s been rimmed before, but Aria was the first to suck on his toes. “It was a turn-on!” he says enthusiastically and Brick said he also quite enjoyed the armpit licking he got from Aria. That’s why we’re here!

Catch Brick Danger on Twitter @brickdangerous and OnlyFans at https://onlyfans.com/brickdanger.

This entry was posted in Uncategorized and tagged Brick Danger, See Him Fuck. Bookmark the permalink.