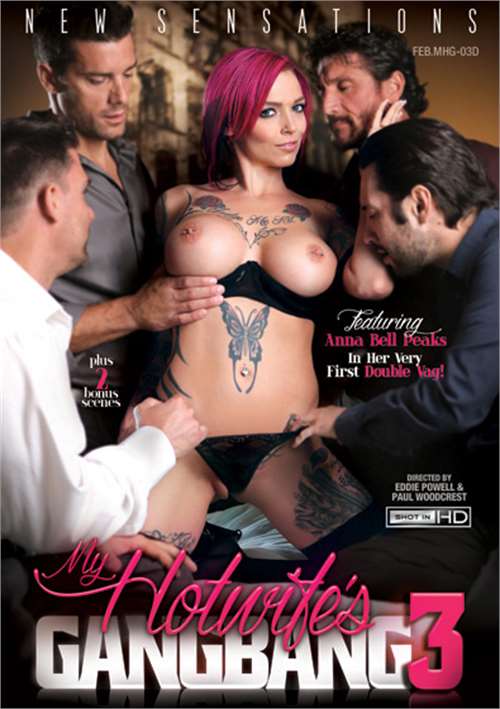 Also Stars in Elegant’s ’Squirt in My Gape 5’

This is definitely one of Anna’s most intense scenes yet and her efforts won her the cover (along with the four guys who shared her incredible body).

“This is obviously one of the most intense and amazing things I have ever done,” Anna said. “It was a day I will never, ever forget and I’m so happy that I got to do it for New Sensations. It looks amazing and this is something I know a lot of fans are going to freak out over. Enjoy!”

In this one she and Rachael Madori share a dick in a room-soaking scene that will have you running for the mop even when you’re watching at home.

Feature fans in Northern California can look forward to Anna coming to the Crazy Horse in San Francisco in September.

She is defending her Perfect Pussy crown at this year’s Inked Awards while also vying for Social Media Queen, Best Website, Inked Starlet of the Year and Inked Group Scene of the Year for I Banged My Tattooed Step Sister in the Ass (Burning Angel) with Joanna Angel and Toni Ribas. Get more information at http://inkedawards.net.

Anna has a new YouTube channel at (https://www.youtube.com/channel/UCuRqetmEVU6AUFHeWa85p7A). Check out her ManyVids selection at https://www.manyvids.com/Profile/152830/Anna-Bell-Peaks/. To contact Anna for custom boy/girl or girl/girl videos or to order one-on-one Skype time with her, email annabellpeaksxx@gmail.com.

Catch her webcam shows at MyFreeCams and ImLive by looking for Anna Bell Peaks. Connect with her with Chaturbate at http://chaturbate.com/affiliates/in/7Bge/n5KgV/?room=annabellpeaksxx.

Book her for shoots through OC Modeling at http://ocmodeling.com/model/anna-bell-peaks/. Feature engagements can be booked through Derek at Lee Network and Dave Michaels at A-List Features. Go to www.theleenetwork.com/stars.php?id=127 and www.alistfeatures.com.

Follow her on Twitter (@annabellpeaksxx) and connect with her through Dream Lover at http://www.dreamlover.com/AnnaBellPeaks. Her official website is www.AnnaBellPeaks.xxx. For everything Anna Bell Peaks go to www.risingstarpr.com.