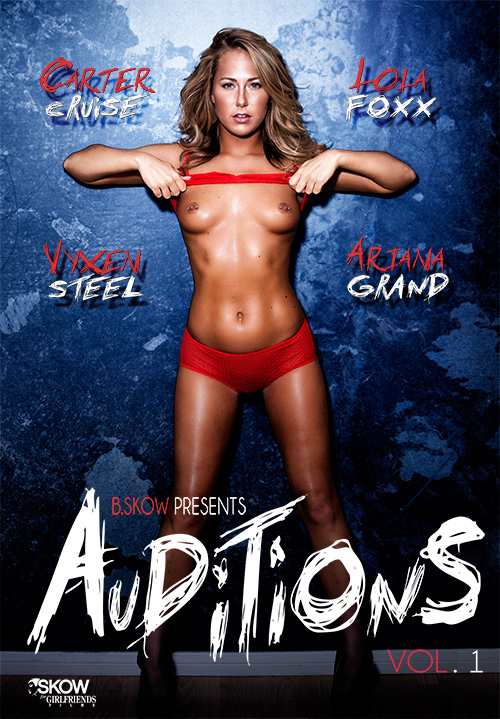 The Casting Couch Goes Hardcore in This Amazing New Release

VENICE, CA – Not one to rest on previous successes – including his biggest year to date in 2014 – director B. Skow is jumping out of the gate with what is sure to be the first smash of 2015 with Auditions.

With a Jan. 2 release date, the movie starring Lola Foxx, Vyxen Steel, Ariana Grand and Carter Cruise in convincing casting couch scenarios will certainly create a storm. Toying with themes such as power and vulnerability and one of the movie industry’s most famous dynamics, Skow taps into various emotions while also offering some intense and straightforward hardcore scenes.

“I really liked the idea of exploring the dynamic of a girl going out for a role and being asked to do something more,” Skow said. “How will she react? She could tell the director to fuck off or she could be ready and willing to do anything to get the part. There are a lot of possibilities and I had a cast that really allowed me to take a look at some different situations and also get some amazing scenes.”

This month Skow will enter the AVN Awards with 37 nominations and 33 noms for the XBIZ Awards, making him one of the most-nominated people working in the adult business today.

Skow’s last release of 2014 was American Nannies, a hardcore movie with an all-star cast: Dakota Skye, who is on the cover, Daisy Haze, Alexis Adams and Carter Cruise star with Steve Holmes, Mick Blue, Ramon Nomar and Toni Ribas.

The trailer for American Nannies can be seen at http://straight.fleshbot.com/6005851/b-skows-american-nannies-is-out-now.

This entry was posted in Press Release and tagged B Skow, Girlfriends Films. Bookmark the permalink.