VENICE, CA – Just as she recovered from a hugely successful trip to Las Vegas for the Adult Entertainment Expo where she signed for industry giant Adam & Eve, Amia Miley returned home to discover she was on the cover of the current issue of CHERI magazine.

“I saw Jules Jordan yesterday and he gave me a copy,” she said. “I was so excited I almost freaked out right there. CHERI is one of the best adult magazines in the world and I couldn’t be happier to be included in the March issue.”

This comes on the heels of Amia’s win in the RogReviews.com Fan Faves’ Best Newbie contest. She was also recently chosen one of the Best New Starlets of the Year by AWMBD.

The March issue of CHERI is on newsstands now.

For more Amia go to www.myspace.com/amiamiley and follow her on Twitter at www.twitter.com/amiamiley. She is available for booking through Big Love Talent. Go to http://biglovetalent.com/MODELS%3A_Amia_Miley.html for more details.

VENICE, CA – This evening Night Calls co-hosts Christy Canyon and Nicki Hunter are in for a special treat, welcoming Seth Gamble into the studio for a naughty Q-and-A tag team that will have listeners shaking their heads in disbelief.

“I’ve heard the show many times and I know almost all of their guests are girls,” Seth said this morning. “This is going to change the dynamic entirely and I think it’s going to be a listening experience Night Calls devotees won’t soon forget.”

Night Calls broadcasts live Monday through Friday from 4-7 PST from Los Angeles. The show can be heard on channel 99 on both XM and Sirius. Listeners are encouraged to phone in their questions and comments by calling in toll-free at 877.205.9796. Visit www.playboyradio.com for more information.

For more on Seth Gamble follow him on www.twitter.com/sethgamblexxx. 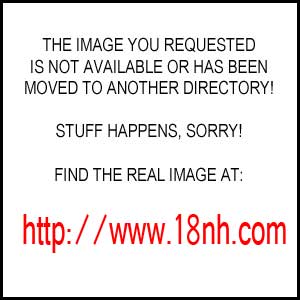 VENICE, CA – There are many things to say when you see a girl as gorgeous as Rebecca Blue, but words seem so inadequate. That’s why when Penthouse.com made her the Babe of the Day on Jan. 22, they did nothing more than give gawking readers her name and a fantastic photo of the platinum blonde.

“Penthouse is about the biggest name in the entire adult business,” Rebecca gushed, “so when I found out I was their Babe of the Day I about fell over. In fact, I think I would have, but I was already sitting down.”

“This is where I want to be,” she said. “I love to show my body and to have sex for the camera. Knowing other people are watching me and getting off to it is an enormous turn-on. I can’t imagine doing anything else right now.”

Rebecca appeared on Playboy Radio’s Night Calls last week and has much more in the works.

“There is some big stuff coming up,” she teased. “I can’t talk about it just yet, but it’s big. I’m very excited. I can already tell this is going to be the biggest year of my life.”

See her Penthouse Babe of the Day pic at http://penthousemagazine.com/pics/botd/rebecca-blue-penthouse-babe-of-the-day/.

For more on Rebecca Blue go to www.myspace.com/rebeccabluexxx.

VENICE, CA – Diamond Foxxx isn’t the kind of performer who shows up, does her job and goes home to watch tv. She is a working machine who is constantly juggling projects aimed at pushing her even deeper into superstardom.

While not fucking and sucking for the cameras, Diamond is constantly doing interviews and appearances and this week is no exception. Wednesday night she’ll be appearing on the Inside the Industry program, which appears on cable networks in New York, Los Angeles and other major markets.

Diamond also appeared in The Bro Code Show, which is up for Best Comedy at the 2010 Streamy Awards. For more information on the awards go to www.streamys.org. To view The Bro Code Show visit http://www.funnyordie.com/thebrocodeshow.

The show airs from 8-10 PST on www.latalkradio.com and on www.insidetheindustry.net.

Diamond is also up for Performer Comeback of the Year at next month’s XBIZ Awards. The show will be held Feb. 10 in Hollywood.

For more on Diamond Foxxx visit her website www.diamondfoxxx.com. For booking information go to www.lisaanntalentmanagement.com. For those interested in booking her for feature dancing engagements visit www.theleenetwork.com. Follow her every move on twitter: http://twitter.com/diamondfoxxx.

VENICE, CA – One might think that Kagney Linn Karter could spend the next few weeks resting on her laurels, sitting around the house with a glass of fine wine petting her many awards and returning congratulatory texts from her numerous pals, but she’s just not that kind of girl.

In the midst of preparing for Vegas and settling in after the chaos of AEE and the AVN Awards, she was busy working with adult website innovation company Brand Danger preparing her state-of-the-art website, kagneylinnkarter.com, for its long-awaited, much-anticipated official debut.

“It took us a long time to get this site just the way we wanted it,” she continued. “I didn’t want to put out some half-ass site just to have something out there. I’m extremely happy with what Brian [Brand Danger’s owner] have put together. It does everything I wanted and more.”

She is also up for New Starlet of the Year at the XBIZ Awards next month and the Miss FreeOnes 2010 title. Voting for the latter is still open, so cast yours now!

RESEDA, CA – Last year Adult Source Media released their first gay CGI title “Pirates Booty” to the delight of fans and critics worldwide. That’s why they spent the next eight months preparing a stunning sequel that is guaranteed to leave you breathless.

“We got such a great response to my first movie that we really wanted to try to outdo ourselves,” explains Crawford. “I’m sure you will agree that we did just that with ‘Tales from the Gods’. There is nothing out there like this.”

In addition to the most cutting edge state of the art CGI available anywhere, ‘Tales from the Gods’ also features legendary gay male actor Jason Hawke performing two of the voices.

“We were so lucky to get a fantastic performer like Jason,” offers Crawford. “He did an amazing job. We think the fans are going to go crazy when they see this!”

Trailers for the movie and other images are available now at http://www.talesfromthegods.com.

RESEDA, CA – David Lord and Rebel Studios are proud to announce their first release ‘Natural Knockers’ will hit streets next week. With five all-organic beauties oiled up, worshiped, then fucked hard, Rebel Studios is certain that fans of top heavy sluts will not be able to resist.

“We wanted to come out strong,” offers the award winning director David Lord, “and that’s exactly what we did. These are five of the strongest scenes I have ever shot. Fans of natural and nasty girls are going to lose their minds when they see this!”

Evie Delatosso, Jessica Moore, Charley Chase, Riley Evans, and Jennifer White love to get their giant tits all oiled up and wrap them around the hardest cocks they can get a hold of. Five gorgeous, full front loaded nymphomaniacs are here to suck and fuck their way into your hearts…or least into your pants.

“We are extremely pleased to be distributing David’s product,” says Adam & Eve President Bob Christian. “His years of expertise creating best selling releases have made him an invaluable part of our team.”

On Cover of Private Dancer With Photos, Insightful Interview

VENICE, CA – Kagney Linn Karter went home with two AVN Awards, including Best New Starlet, earlier this month and came home to yet another accolade, being named one of four XCritic Breakout Starlets to Watch for in 2010.

Kagney takes none of it for granted. She is appreciative of all the attention that has come her way.

“I’m extremely flattered that XCritic would pick me out of so many great new girls in the industry today,” she said. “I know the XCritic team sees a ton of titles throughout the year and I’m glad I stood out. I really love what I do and I think it shows. Thank you, XCritic!”

Kagney is also a popular covergirl this month. She’s graces the cover of Private Dancer magazine, which also features an extensive and thoughtful interview with the superstar. She is also on the cover of some DVDs fresh on the shelves, like Diabolic’s Rack It Up #5 and Third Degree’s Asstounding.

She is also up for New Starlet of the Year at the XBIZ Awards next month and the Miss FreeOnes 2010 title. She is also hoping fans will vote for her in the XFANZ People’s Choice Awards.

VENICE, CA – Rebecca Blue got a taste of what the industry has to offer at the Adult Entertainment Expo earlier this month. The giltz and glamour, fans and fun can be addicting, especially for an enthusiastic young lovely like Rebecca.

Like many in the industry, she got the opportunity to get in a few minutes on the air with Playboy Radio as hostesses Christy Canyon and Nicky Hunter rushed through the mass influx of adult entertainers.

Her appearance went over so well that producers of the show insisted she come back as soon as possible for an extended visit in the LA broadcast studios.

“I had no idea how many people listen to the show,” the excitable blondie said. “People are still calling and emailing me telling me that they heard me on the show. I hope they tune in on Wednesday, because we’ll have more time and I won’t be so nervous this time.”

Rebecca isn’t usually taken to being star-struck, but she did admit to being a little overwhelmed sitting face to face with legends Christy Canyon and Nicki Hunter.

“I was so relieved when we actually went on the air,” Rebecca said. “They are true professionals and really made me feel comfortable, like I was just sitting around speaking with old friends.”

Night Calls broadcasts live Monday through Friday from 4-7 PST from Los Angeles. The show can be heard on channel 99 on both XM and Sirius. Listeners are encouraged to phone in their questions and comments by calling in toll-free at 877.205.9796. Visit www.playboyradio.com for more information.

Also, look for Rebecca on the cover of Creampied Cheerleaders, out this week from Zero Tolerance. For more information go to http://www.ztvideo.com/movieinfo.php?id=509.

For more on Rebecca Blue go to www.myspace.com/rebeccabluexxx.

Featuring in City of Brotherly Love, on Cover of Genesis Magazine

VENICE, CA – Monique Alexander is kick-starting 2010 in a big way. After a packed schedule at the Adult Entertainment Expo, she returned to Los Angeles to shoot some steamy scenes as well as make an appearance on the internet radio show, Inside the Industry.

This week will be even more hectic, with three nights of featuring at the Oasis Gentlemen’s Club in Philadelphia. It’s perfect timing, since she is on the current cover of Genesis and plans on having plenty of issues on hand to sign for eager fans.

Also this week, Monique will be shooting her first b/g/g interracial since leaving Vivid. She’ll be performing with Mr. Marcus for Jennaration X.

Last but not least she will be shooting her first scene ever for Wicked Pictures. Cast as one of the leads in Stormy’s latest feature Sex Therapy, the former Vivid girl is excited to be breaking new ground.

“It’s such a big week that I don’t know which is most exciting!” the tow-headed honey said. “But if I had to pick one, it would probably be dancing in Philly, just because it lasts three nights and I get to meet so many cool people when I hit the road. It’s all so exciting!”

Her appearance on Inside the Industry went over so well that she was asked to return to co-host the show for the rest of the month. While her schedule wouldn’t allow for that, she will take them up on the offer for the show airing Jan. 27.

To see her updates on Myspace visit www.myspace.com/momoakamonique.